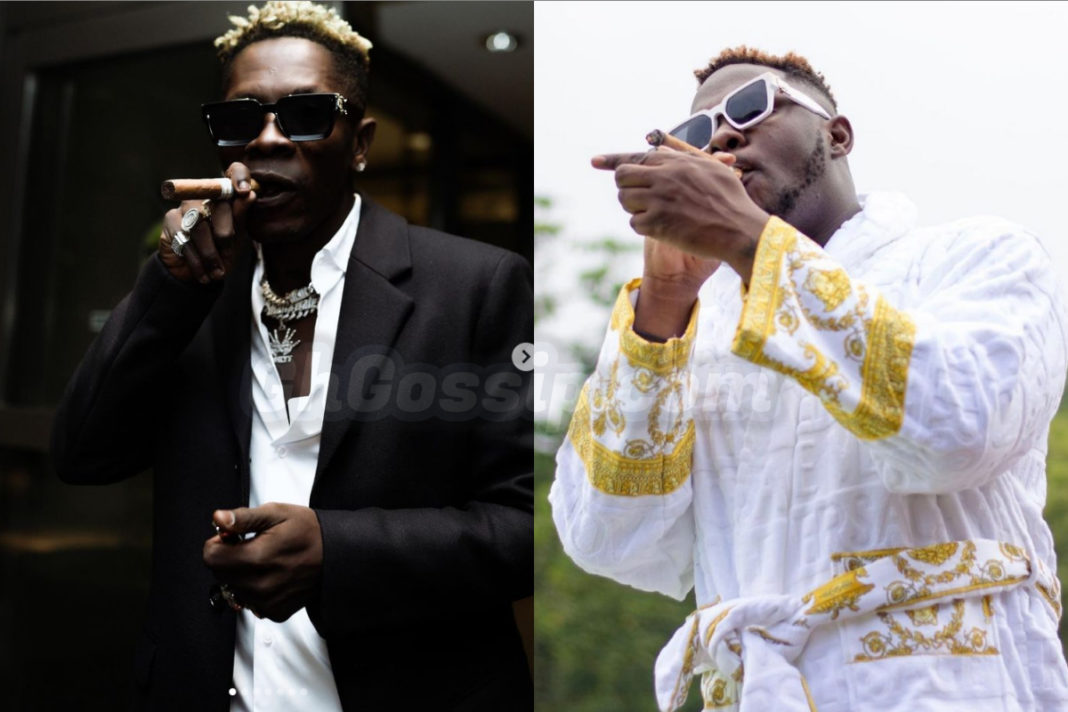 Ghanaian rapper, Samuel Adu Frimpong who is known as Medikal has made his first tweet after he was granted bail.

It could be recalled that the musician was in the news some days ago after he was arrested for brandishing a gun on social media.

READ ALSO: Kennedy Agyapong Allegedly Down With Stroke In The U.S?

He was sent to court and during the hearing, he was denied bail and was subsequently asked to remain in police custody for five days.

READ ALSO: ‘I Need Someone Who I Will Love Me For Who I Am’ – Well-Endowed & Curvy Lady Searches For Love

He was, however, granted bail on Tuesday, October 26, and taken to his verified social media handle on the popular micro-blogging platform, Twitter he was made his first tweet.

While Medikal was serving his remand term, his friend and colleague in the music industry, Shatta Wale was also serving some time in prison.

For Shatta Wale, he was arrested for pulling a stunt on Ghanaians that he has been shot. They were both released on the same day and in the post that Medikal made, he labelled the bond he has with Shatta Wale to be DEEPER THAN BLOOD.

that Medikal made reads;