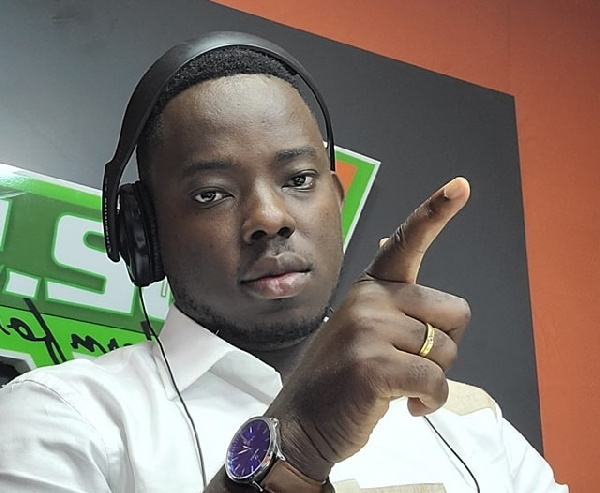 • Shatta Wale remanded for a week

• Three accomplices of Shatta Wale are in police custody

Radio presenter and celebrity blogger Ebenezer Donkoh has asserted that Shatta Wale’s shooting hoax will injure his brand on the international front.

NYDJ as the broadcaster is affectionately called said considering the gravity of the prank and how some major international news portals have reported the issue, it will have an impact on the Dancehall musician.

“For brand equity, maybe in Ghana, it wouldn’t affect him but on the international scale, if you look at what the foreign press is reporting, what people are saying about him, obviously, it sends a negative image around him”, the broadcaster said on GhanaWeb TV’s entertainment review show, Bloggers’ Forum.

Shatta Wale and three members of his team were remanded for a week during their first appearance in court. The four are in police grips for a gunshot attack prank orchestrated on October 18, 2021. Shatta Wale was on this day said to have been shot by some unknown gunmen at East Legon, a story said to have been confirmed by his team members Kojo Owusu Koranteng, also known as Nana Dope, Eric Venator, aka Gangee and Iddriss Yussif alias Deportee.

It however turned out to be false. According to Shatta Wale, the prank was his way of fighting against false prophecies as the founder and leader of New Life Kingdom Chapel International, Bishop Stephen Akwasi, had prophesied he would be shot on October 18.

Speaking to Abrantepa on Bloggers’ Forum, NYDJ said although the development may not affect Shatta Wale’s brand locally, the same cannot be said on the international front considering that some online news websites have referred to him as a fugitive.

“Brand equity-wise, it’s fallen on the international standard but for the Ghanaian market, he is who he is… For a lot of us, nothing about Shatta Wale scares us anymore. We are prepared from anything from Shatta Wale”, NYDJ said.

“Shatta Wale built his brand around controversy. He’s always been that man who is a non-conformist and brands love him for that. Let’s not kid ourselves, till date, he’s an ambassador for a number of products. There were times when some of us had even called that for certain things he’s done, certain brands should dissociate themselves with him but that was the time they even went in hard and pumped more money into having him as a brand ambassador”, he added.

“There are brands that will still associate with him because he still has command and pulls the crowd. In that sense, it might not affect him. Elsewhere around the world, it could have affected him. Even in all these circumstances, you still find people support him online and creating #FreeShattaWale”, NYDJ further stated.