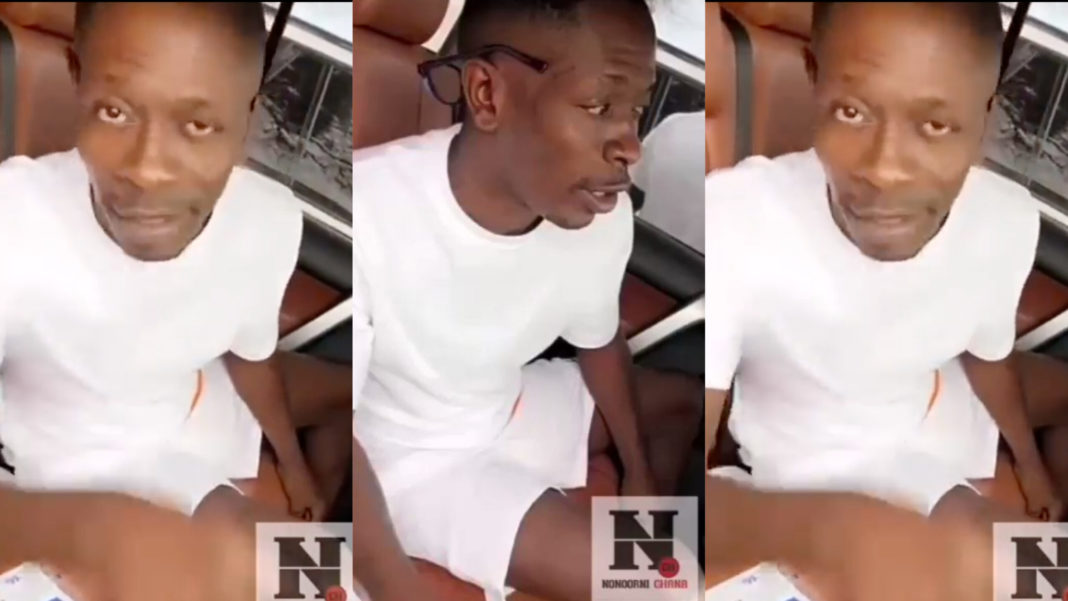 Shatta Wale has dropped his first video right after the Accra Circuit Court had granted him bail.

In the said video, the dancehall artist was seen clad in white to signify victory as he thanked God and Ghanaians for their love and support in the past trying days.

Shatta Wale was arrested on Tuesday, October 19, 2021, after he had created and spread a hoax about an attack on his life.

He was sent to court and subsequently remanded into police custody. He was transferred to the Ankaful Prison and Remand centre in the Central Region.

However, at the Accra Circuit Court today, after not pleading guilty, the court granted him a GH¢100,000 bail with two sureties. He is expected to reappear before the court on November 9.

On the back of that, Shatta Wale was grateful that he had come out of police custody. In the video below, he expressed how he felt about having his liberties back.