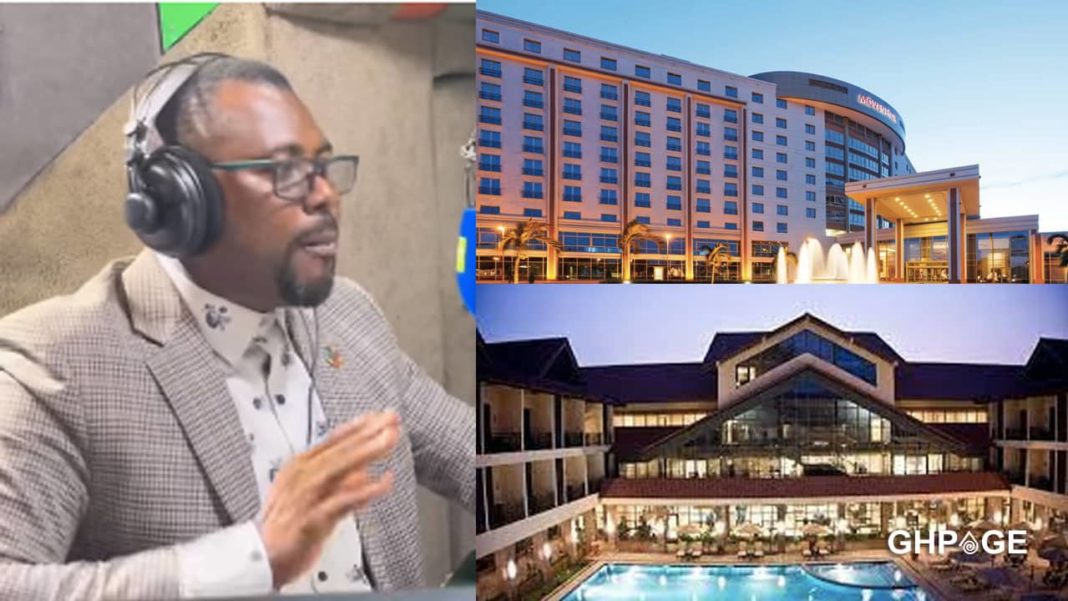 Award-winning broadcaster Abeiku Santana has advised Ghanaian celebrities to stay away from hotels that don’t provide them with condoms.

Speaking on his show, he indicated that one thing that Ghanaians find difficult to buy is condoms and as such, it would be in the best interest of people to get some on themselves.

According to him, celebrities in the country sometimes have unplanned sexual intercourse with people they meet when they travel out for events and programmes outside.

He continued that in the best interest of hotel managers, they should be providing their clients with condoms and not just soap and towels.

“I am pleading with hotels in Ghana that as they think of providing their visitors with soap and towels, they should also put condoms in the drawers in the hotel rooms” he said on Okay FM.

The renowned broadcaster was of the view that he believes this new move can help fight the spreading of HIV/AIDS and also prevent several unwanted pregnancies.

He concluded that people should be careful and not patronize any hotel that fails to provide them with condoms when they check in.

Let’s not forget that aside been a broadcaster, Abieku Santana is also a tourism ambassador in the country and might be speaking out of experience.