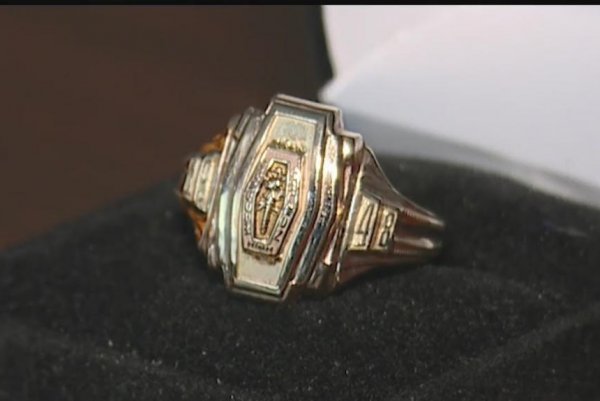 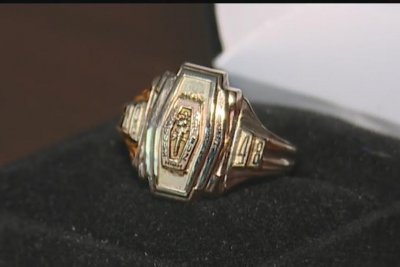 Oct. 26 (UPI) — A man who found a 1948 high school class ring while exploring with his metal detector was able to return the ring to the family of the man who lost it 73 years earlier.

Michael Shealy said he found the 1948 Wilson High School class ring while using his metal detector during a family trip to Rogers, and he ended up bringing the ring home to South Carolina so he could investigate its origins.

Shealy said the name of the school, the year on the ring and the engraved initials AHC allowed him to identify its likely owner as Art Cooksey, a Wilson graduate who died in 2016.

Shealy contacted Cooksey’s family, and five weeks after the discovery he was able to personally deliver the long-lost ring to Cooksey’s widow, Margery, 91, and the couple’s adult children.

“I really never saw the ring before, because when we were married he didn’t have it. He had already lost it,” Margery Cooksey told WKBN-TV.

The family said they were surprised and grateful to have the ring returned to them.

“It is an interesting story because whoever thinks you would find something 73 years later and that we’d still be around,” Margery Cooksey said.

Cooksey said she plans to keep the ring for now, but likely will passed it down in the family.