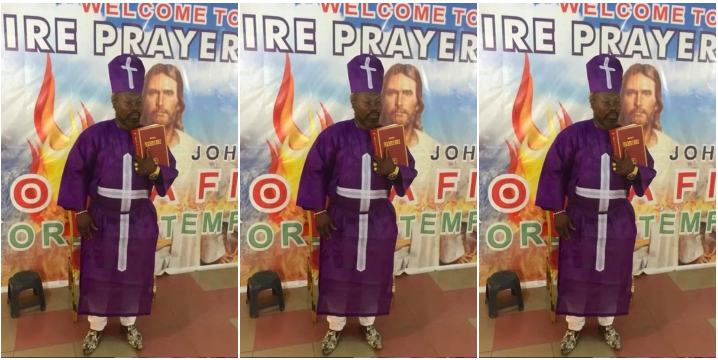 Ghana is such an interesting country to live in considering the happenings as there is too much drama in the country.

On the extreme, Agradaa burnt her gods, went through baptism, changed her name and now she owns a church!

And the latest one in town is retired Ghanaian boxer, Ayitey Powers joining the gang of pastors in the country.

Ayitey Powers has repented, not only has the former boxer repented but he has also become a pastor to preach the word of God and win lost souls for Christ.

In a photo that has hit on the internet, Ayitey Powers is seen emboldened in a cassock holding the holy bible.

And the truth is that we are not sure whether Ayitey Powers has gone through training to be ordained as a man of God or he just woke up from his dream to say that God has called him.

But however, the case is, former boxer Ayitey Powers is now a pastor for Fire Prayer Ministry.