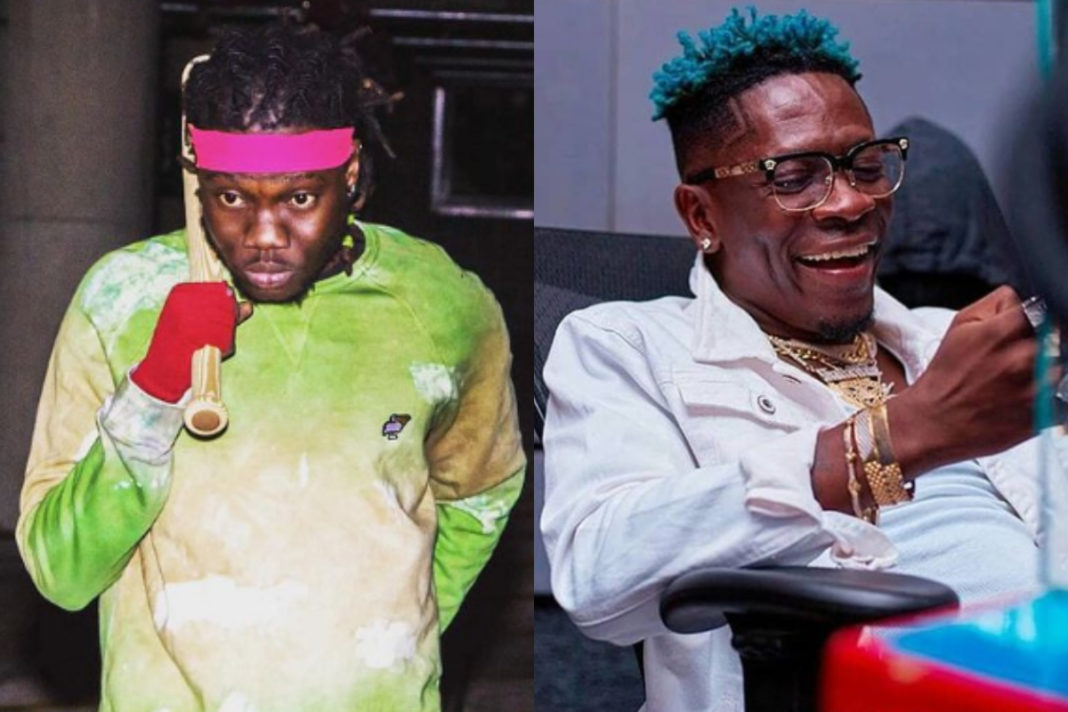 Ghanaian US-based rapper, Sam Safo, well known as Showboy has taken to his social media to shower praises on Shatta Wale after he was granted bail earlier today.

READ ALSO: This Trotro Driver Might Just Be The Next Victim Of The Law After He Was Filmed Urinating In Traffic [Video]

According to Showboy, since Shatta Wale is planning to release his “Gift of God” GOG Album, he should stay away from clouts and focus on promoting the yet-to-be-released album since he has finally regained his freedom.

Showboy who is currently serving 15-years in jail for murder urged Shatta Wale to call him on phone so they can talk and work things out between them like a father and his son because he wishes to throw his weights behind his upcoming album, GOG.

Meanwhile, Shatta Wale has been granted bail of GHc100,000 by the Accra Circuit Court earlier today.

In other news, the leader of the Dunamis Christian Shop. Prophet Suglo Prosper has advised the Inspector General of Police, Dr. George Akuffo Dampare to desist from arresting men of God in order not to invite the wrath of God upon his life.

This comes after the leader of the New Life Kingdom Chapel International, Stephen Akwasi Appiah, well known as Jesus Ahuofe was apprehended by the police following a doom prophecy he made about the dancehall musician, Charles Nii Armah Mensah Jnr., well known as Shatta Wale.