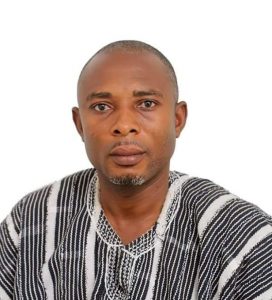 Two out of the three persons re-nominated by President Akufo-Addo for a second chance at being confirmed by their respective assemblies as District Chief Executives (DCE) have been rejected, again.

The two, Prosper Patu, DCE nominee for Akatsi North, and Phanuel Kadey Donkor DCE nominee for Adaklu both failed to secure two-thirds of the “Yes” votes of their respective assembly members on Monday, October 25, 2021.

The third nominee, Anthony Avorgbedor got fortunate this time around as he was confirmed as the Municipal Chief Executive (MCE) for Ketu North.

Out of the total number of 18 members present, Prosper Patu polled seven votes in his favour and 11 votes against him. This represents 38 percent in a second voting held at the District Assembly’s hall on Monday.

The results of this second voting opportunity are the same as the first voting on Wednesday, October 6, 2021, to confirm or reject his nomination. In the first rejection, Mr. Patu got the same seven ‘Yes’ votes and 11 ‘No’ votes signifying an outright rejection.

The outcome was the same for Phanuel Kadey Donkor of Adaklu. His second failed attempt was a repetition of what transpired during his first confirmation encounter. Nine assembly members voted ‘Yes’, representing 44.36 percent while nine others also voted no, with one ballot rejected.

Unlike Akatsi North’s Prosper Patu who is a fresher, Mr Donkor, a 37-year-old teacher was nominated to serve a second term as DCE. He was successfully confirmed to be DCE in 2017. Following which he served in that capacity until his tenure came to an end this year.

He is among seven out of 18 Municipal and District Chief Executives (MDCE’s) in the Volta Region who were re-nominated for a second term in office.

Unfortunately for him, the assembly members in Adaklu do not want him back despite his commendable strides in improving the lives of the people in the area. Mr. Donkor is among 10 MDCEs to be awarded by the Local Government Ministry for their diligent service in the last four years.

Meanwhile, Anthony Avorgbedor, the re-nominated MCE for Ketu North, has been endorsed by the members of the Ketu North Municipal Assembly. He secured 44 out of the 55 votes cast, representing 80 percent votes cast in his favour.

Mr. Avorgbedor gets a second term as MCE for Ketu North after he was rejected two weeks ago.

In his acceptance speech, Mr. Avorgbedor thanked the assembly members for his confirmation and assured them of maximum cooperation in the discharge of the duties of the assemblies. He pledged to ensure the many uncompleted projects in the municipality are completed while new ones are initiated.

He also pledged to work with the traditional authorities and other stakeholders to ensure peace, unity and development prevails in the area.

All three confirmation exercises were supervised by the Electoral Commission and witnessed by the Volta Regional Minister, Dr. Archibald Yao Letsa.