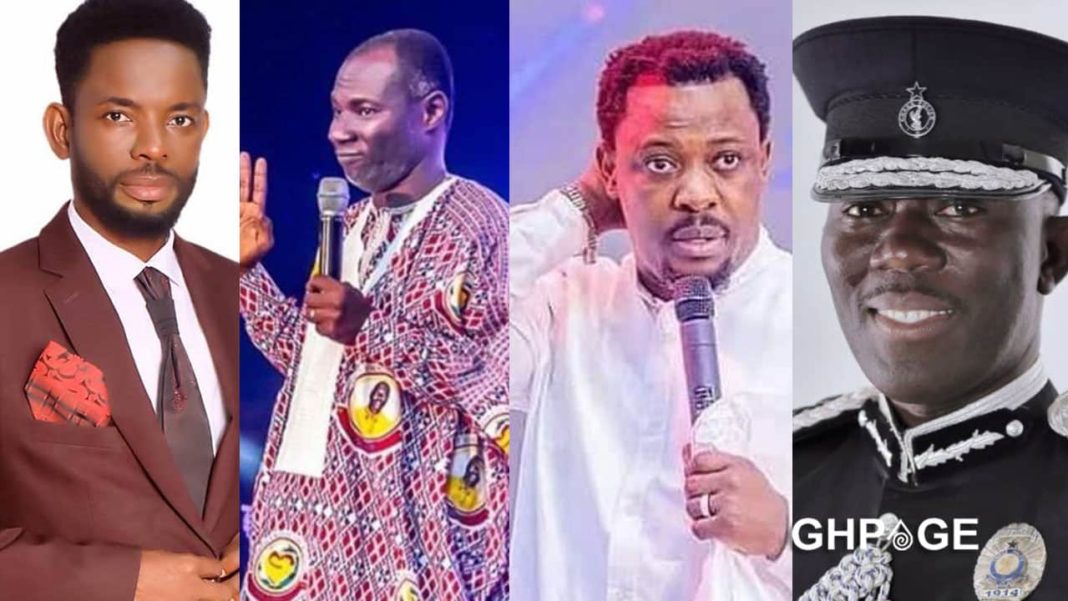 The Ghana Police Service has sent a strong note of caution to prophets who publicly prophesy doom on people especially celebrities in the country without any shred of evidence.

This comes on the heels of a recent spiritual revelation by popular Bishop Stephen Akwesi Appiah, alias Jesus Ahuofe, who claimed that dancehall artiste Shatta Wale would be a victim of assassination this month – a situation that compelled the musician to feign his death.

Both the preacher and the musician have been arrested and charged for the publication of false news that caused fear and panic.

Speaking in an interview on Accra-based Peace FM on Monday, October 25, 2021, Director of Public Affairs at the Ghana Police Service, Alexander Kweku Obeng, said it was wrong to openly prophesy about someone to cause fear and panic.

He explained that such acts are against the laws of Ghana and prophets found culpable of breaching the law with face consequences for their actions.

“The law is against false publication thereby if you make your prophecy publicly without any evidence then you’ve breached the law and the law will deal with you.

“There is the need for everyone to learn something from what has transpired and know that it is against the law so when you go and breach the law then note that you’ll face the consequences alone.

He said anyone who decided to defy this directive was on his or her own and the law was going to be applied accordingly.