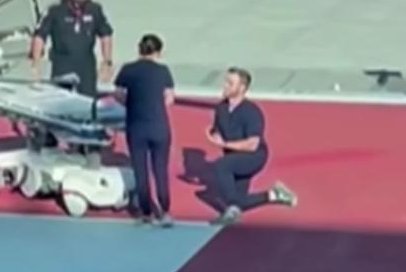 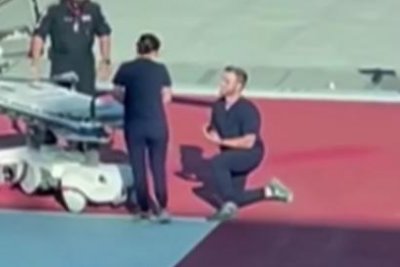 Oct. 25 (UPI) — A pair of ER nurses who fell in love at the Georgia hospital where they both work became engaged in an elaborate proposal on the roof of the building.

Kelsey Dunlap, an ER nurse at Wellstar Kennestone Hospital in Marietta, said she wheeled a stretcher up to a helicopter on the building’s roof, expecting to pick up a patient, but instead was greeted by her boyfriend and co-worker, Jacob Young.

“It didn’t register what was going on until he dropped to a knee and then it clicked,” Dunlap told WGCL-TV. “I was like oh my gosh he’s asking me to marry him.”

Video of the proposal went viral after being posted to TikTok and Instagram.

“I was in complete and total shock, and I’m not an easy girl to surprise,” Dunlap told CNN.

Young said it came as a massive relief when Dunlap said, “Yes.”

“It was by far the most stressful day of my life but it was worth it,” Young said.

The two nurses fell in love while working at the hospital together amid the COVID-19 pandemic.

“I shadowed him one night and then fell in love with Kennestone and everyone who was there,” Dunlap said.