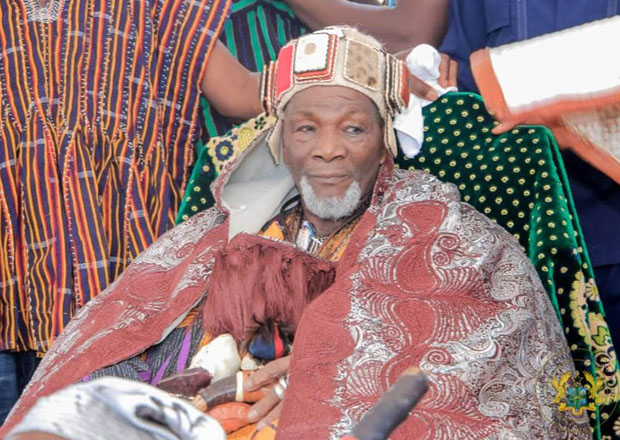 The peace which has returned to Dagbon is one achievement by President Akufo-Addo which must be guarded jealously by all stakeholders.

The stakeholders in the prevailing peace are not only the people of Dagbon, but all Ghanaians.

When farming and other economic activities are disrupted in this part of the country the repercussions are all-encompassing affecting the whole country in various forms.

It is for the foregone reasons that a brewing dispute between two groups each aligned to two traditional authorities in the regional capital should be taken seriously.

The celebration of the annual Damba Festival, an attraction which can be developed for inclusion in the national tourism calendar, appears to be the subject matter of the dispute.

The Northern Regional Police Command has unfolded measures to douse the tension associated with the subject.

The signs are that the police action will yield dividends. Being the regional capital any spark related to the traditional setting can have dire consequences that can likely return Dagbon to the dark days.

All should put their hands on deck to obviate the breakdown of law and order.

We are aware that some would prefer the state of unrest to prevail because in that negative atmosphere they rake in financial gains even if that is injurious to Dagbon.

Government spent so much money in maintaining law and order over the years that Dagbon endured strife.

Monies are needed for development in the Northern Region and so it would make no sense when such funds are directed at dousing fire set through avoidable disputes.

This is the time for intelligence gathering to be heightened in especially Tamale.

The Northern Regional Police Command should do well to engage with the two traditional authorities the Dakpema and the Buglana with a view to having them spoke peace pipe.

The successful resolution of the impasse would go a long way in calming down the youthful supporters of the two persons and stop Dagbon from heading for the precipice.

In matters bordering on ego care should be taken to ensure that both parties do not become suspicious of the mediation efforts.

Trust is of essence and so the police have an onerous role in winning the confidence of the feuding factions.

The Damba festival can easily be manipulated by criminal gangs who are armed. This is another reason why the subject under review is critical and demands serious tackling.

We cannot afford such a dire situation at this time, not at all.