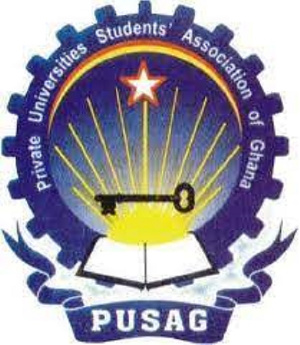 The association believes the step when considered will help scrap the huge affiliation cost being paid by private investors to public universities.

The Bill which was laid before Parliament sought to make affiliation and institutional mentorship among universities a thing of the past. It will also bring relief to private universities.

The bill, when passed into law, will also eliminate policies discriminating against private universities.

Speaking at a handing over ceremony held at Zenith University in Accra, the new President Shamsu Alhassan explained that it’s expensive to attend private Universities in Ghana owing to the high cost charged by the institutions annually.

He flagged the affiliation cost as the key contributory factor to the excess fees being charged by private institutions.

Shamsu added that since students in the commercial sector were also Ghanaians, government ought to expedite action on the passage of the bill to relieve the huge burden on them.

He said, “we are appealing to government and the leadership of Parliament to take a second look at the private universities bill and pass it for us, because if you consider our private universities it’s very expensive and all these payments are as a result of the excess tax or affiliation cost being paid by our institutions, to reduce this burden for our students this bill needs to be passed into law for this affiliation cost to be taken out so our students will also get less charges since we are also Ghanaian students.”

The president said private Universities are not being treated fairly by government considering the amazing support given to public universities.

He insisted that private institutions will continue to be the Messiah of the country’s education system because the public schools cannot absorb the large number of students who graduate from SHS each year.

Shamsu, therefore, called on government to support and grant private investors the necessary tax waves to build the private sector to create more space for the huge number of students coming out from SHS each year through the free education initiative.

The young president after being sworn in thanked and assured member institutions of massive growth and development under his tenure in the private university fraternity.

A former President of the association, Mohammed Adams Sukparu, Member of Parliament for the Sissala West Constituency tasked the new executives to work relentlessly towards rationalizing the dreams of their member institutions.

He admonished them to eschew partisanship and stand for the interest of their members either than their political parties.

The Legislature also encouraged the executives to hold seminars on entrepreneurship and other skills training for their members not to solely depend on their certificates but venture into other private areas.

The event was on the theme “strengthening quality education in private universities, seeking opportunities, the role of PUSAG.”