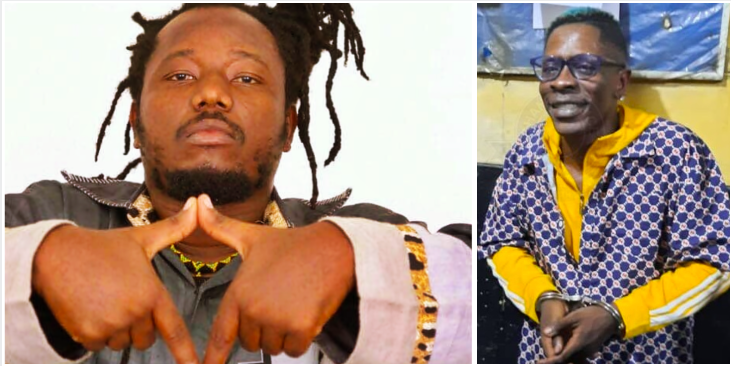 Not long ago, #FreeShattaWale became the slogan on the street following the arrest of Ghana’s dancehall king.

But from the look of things, Blakk Rasta is certainly not in support of the #FreeShattaWale movement following his utterances on social media in recent times.

Thus, Blakk Rasta has described Shatta Wale as junkie adding that no amount of death hoaxes can resurrect him.

And in a new rant on social media, Blakk Rasta has made a serious mockery of Shatta Wale saying that he should continue to rest in jail.

This comment from the camp of Blakk Rasta dates back to 2015 in referenced to a story published by GhanaWeb where Shatta Wale described him Blakk Rasta as a “dumsor rasta and a hypocrite” following his resignation from Hitz FM, he wrote on his Twitter timeline, “@shattawalegh, this was you in 2015. When you sow the wind, you reap a STORM… Junkie Bwoy, rest in JAIL..!”