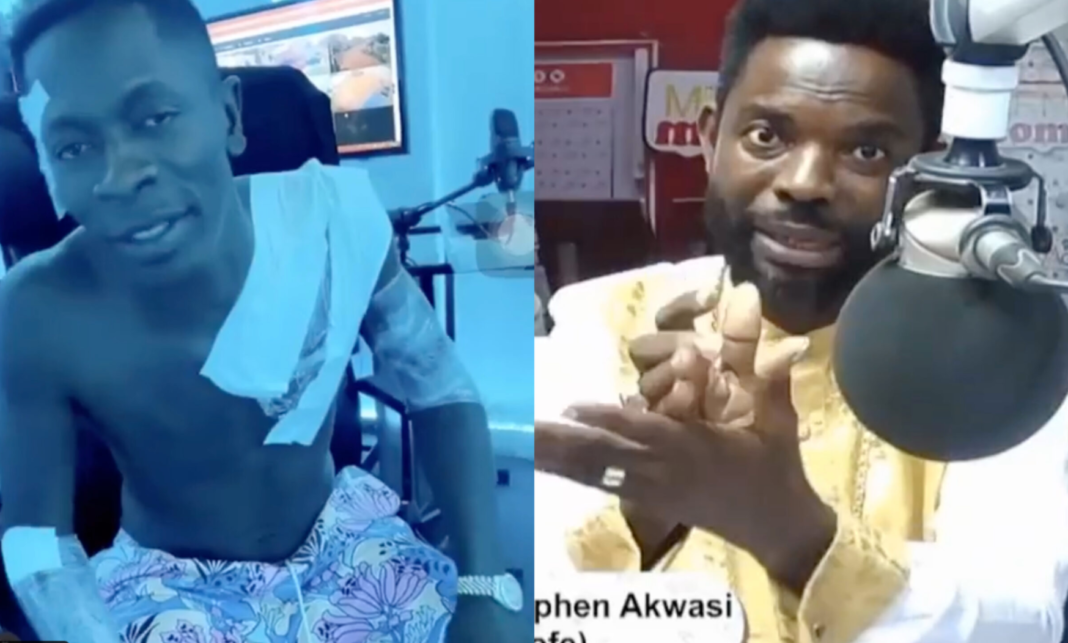 The man of God was swiftly arrested for the role he played in Shatta Wale’s fake gun attack after he publicly claimed that the Dancehall star would be shot by gunmen on October 18, 2021.

He was picked up by the police at the forecourt of Accra100.5FM last week Tuesday. Before his bail today October 25, 2021, he was held in custody for almost a week.

In a related development, the president of the Concerned Clergy Association of Ghana (CCAG), Bishop Prince Benny Wood has registered his displeasure over the arrest of Bishop Stephen Akwasi, known widely as Jesus Ahuofe over his prophecy on Shatta Wale.

Bishop Prince Benny Wood stated that the arrest of Jesus Ahuofe, founder of New Life Kingdom Chapel International at the premises of Accra100.5FM compromises the foundation of Christianity and the prophetic ministry as a whole.

Speaking on Accra100.5 FM’s morning show, Ghana Yensom, hosted by Kwame Appiah Kubi on Thursday, 21 October 2021, Bishop Benny Wood suggested the police have overstepped their boundaries after he was arrested over a prophecy he delivered on September 28 2021 saying dancehall artiste Shatta Wale would be shot dead on 18 October 2021 just as Lucky Dube was killed in South Africa.

“It is not clear what crime the pastor committed to warrant his continuous detention in custody,” he said. If the police, in recent times, consider prophecy and revelation a threat, then Christian activities such as evangelism among others are under serious threat,” he added.