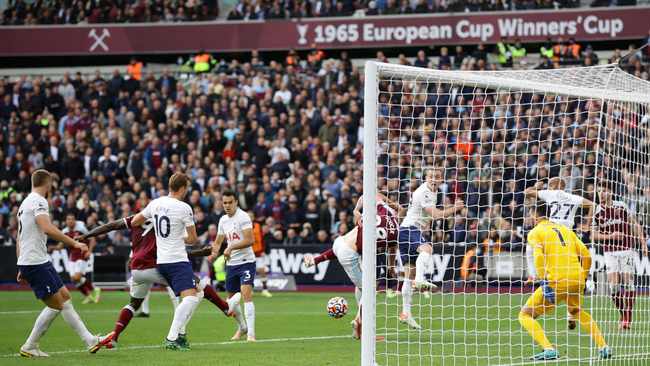 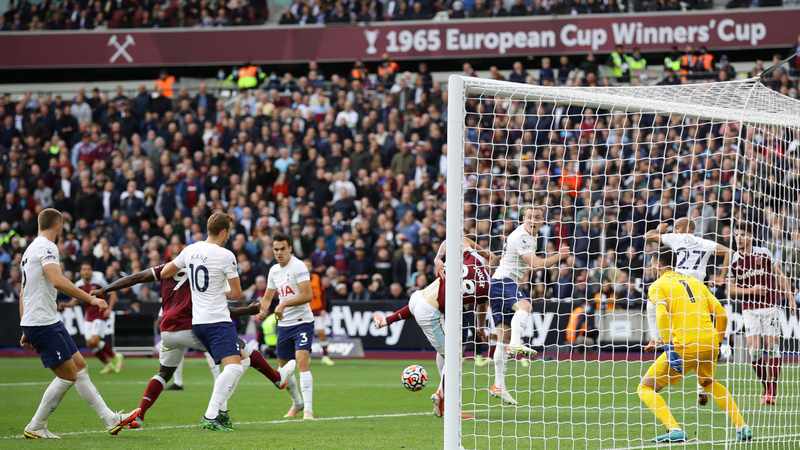 London – West Ham moved into fourth place in the Premier League with a 1-0 win in the London derby against Tottenham, while Leicester extended their unbeaten league run to four games with a win over Brentford.

A second half strike from Michail Antonio gave the Hammers their second successive league win and condemned Tottenham to a second consecutive loss this week.

Beaten by Vitesse Arnhem in the Europa Conference League on Thursday, Tottenham once again failed to produce a cohesive display as West Ham climbed above them in the table.

Pablo Fornals’ acrobatic effort forced a fine save from Tottenham keeper Hugo Lloris in the early stages at the London Stadium.

Lucas Moura was inches away from putting Tottenham ahead when he turned to fire just wide, while Son Heung-min’s penetrating run ended with a shot straight at Lukasz Fabianski.

Tomas Soucek is deadly in the air but for once the West Ham midfielder was unable to hit the target as he headed Fornals’ cross narrowly wide at the far post.

Tanguy Ndombele headed too close to Fabianski and Harry Kane was denied when the Pole pushed over his header on the stroke of half-time.

Lloris had to make a brilliant save when Fornals’ effort took a deflection off Eric Dier.

But West Ham finally made the breakthrough in the 72nd minute as Antonio evaded Kane and poked home from Aaron Cresswell’s corner, making it 10 goals in 10 games against Tottenham for the striker.

Brentford made a lively start and Ivan Toney had a goal disallowed for offside by VAR.

Bryan Mbuemo should have opened the scoring when he was played through on goal by Norgaard but the forward pulled his shot wide.

It was Leicester who took the lead when the ball dropped to Youri Tielemans 25 yards from goal and the Belgian midfielder unleashed a ferocious blast into the top corner in the 14th minute.

Mathias Jorgensen rose above two markers to head Brentford’s equaliser past Kasper Schmeichel from a near-post corner in the 60th minute.

James Maddison had the perfect response to his critics after a troubled spell as the Leicester midfielder netted in the 73rd minute, tapping into an empty from Patson Daka’s pass for his first goal since February.