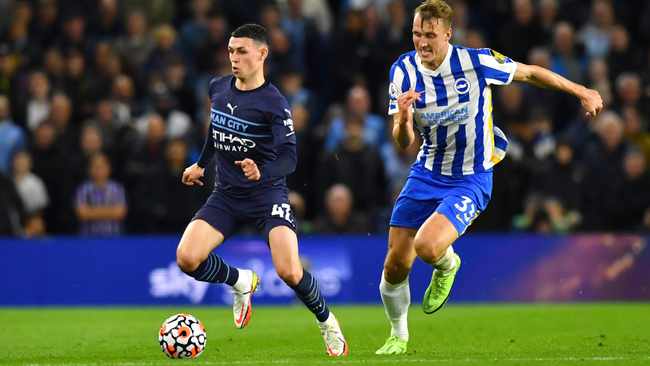 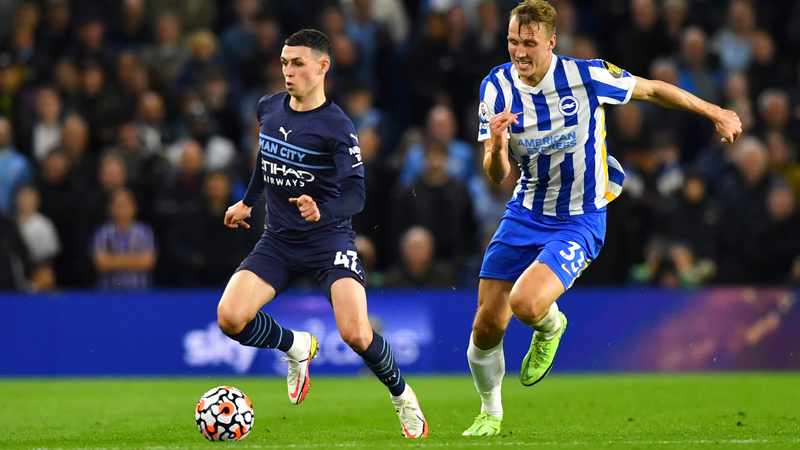 Brightgon – Phil Foden scored twice as Manchester City stormed into second place in the Premier League with a 4-1 dismantling of Brighton at the Amex on Saturday.

Pep Guardiola’s men had the points sealed by half-time as Ilkay Gundogan tapped into an empty net on 13 minutes before Foden finished off two fine team moves.

Joao Cancelo forced a smart save from Robert Sanchez and Lewis Dunk cleared an effort from Jesus off the line early on.

But the Seagulls did not help themselves with some disastrous defending for the opening goal as Sanchez dropped the ball under minimal pressure from Jesus.

The Brazilian hooked the ball back across goal and Gundogan turned into an unguarded net.

Bernardo Silva’s scintillating form has made the Portugal midfielder almost undroppable despite the wealth of midfield talent on offer to Guardiola.

Silva was the instigator for the second goal as his defence splitting pass played Jack Grealish in behind and he unselfishly squared for his England teammate Foden to force the ball in.

There was plenty of fortune about Foden’s second as he got in the way of Jesus’ shot and got enough of a deflection to bamboozle Sanchez, who let the ball through his grasp.

Brighton made a far better contest of the second-half as City conserved their energy amid a run of seven games in 22 days.

Graham Potter’s men got their reward with a consolation nine minutes from time when Ederson wiped out Enock Mwepu as he rushed from his goal and Mc Allister slotted home from the penalty spot.

However, City still had the final say as Foden rounded off a superb performance by picking out Mahrez to smash City’s fourth high past Sanchez.

Tottenham into top six with smooth win over Brentford