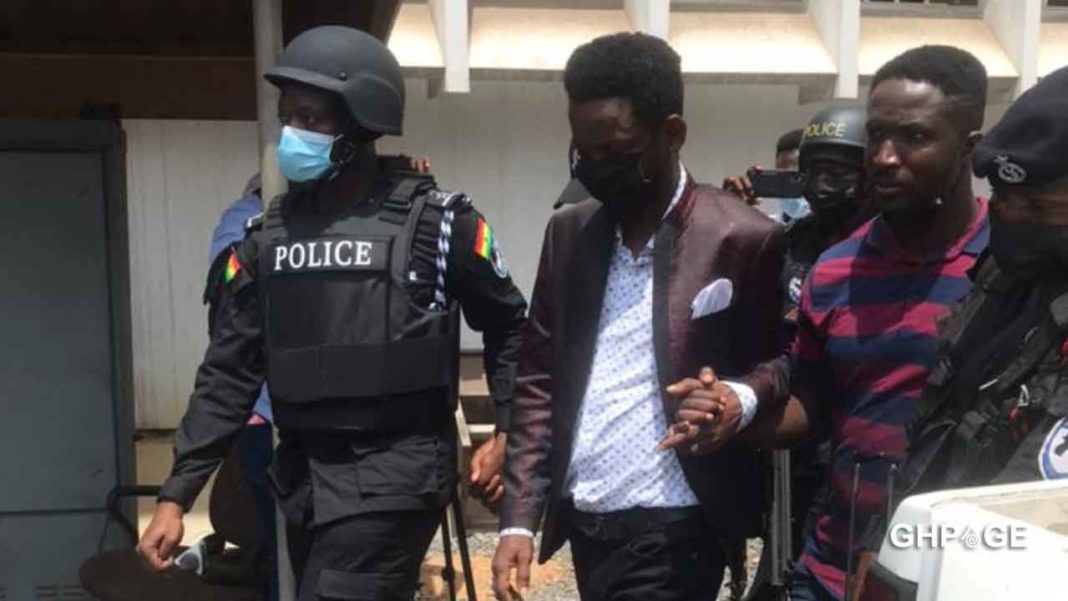 The Police have retrieved a gun from the house of Bishop Stephen Akwasi Appiah, alias Jesus Ahuofe – the man of God at the centre of Shatta Wale’s gun attack saga.

Jesus Ahoufe was arrested Tuesday, October 19, 2021, at the premises of Accra FM three weeks after his prophecy that the dancehall musician will be shot dead by assailants on October 18, 2021.

He was arraigned before an Accra Circuit Court on Thursday, October 21, where he pleaded not guilty to the charge of causing fear and panic with his prophecy.

SEE ALSO: My husband did no wrong-Jesus Ahuofe’s wife reacts to his arrest

The Circuit Court presided over by Her Honour Mrs Ellen Offei Aryeh remanded him into police custody for police investigations into the case to continue.

In court, counsel for the accused person Martin Kpebu while praying for bail said, his client was unwell.

But, he did not provide any piece of evidence to support his argument. The prosecution led by Chief Inspector Dennis Terkpetey opposed the grant of bail.

The court after listening to the parties remanded the accused person into police custody to reappear on Monday, October 25, 2021.

Meanwhile, Shatta Wale has been remanded into police custody for one week.

This was after the dancehall musician pleaded not guilty to the charge of the publication of false news that caused fear and panic in the public domain.

Three other accomplices who appeared in court with him Kojo Owusu Koranteng, Shatta’s personal assistant, Eric Vanetor, a graphic designer and Iddrisu Yussif, a beautician were charged for abetment of criminal publication of false news.

All the accused persons pleaded not guilty and have been remanded into police custody.

SEE ALSO: I want to sleep in jail – Shatta Wale