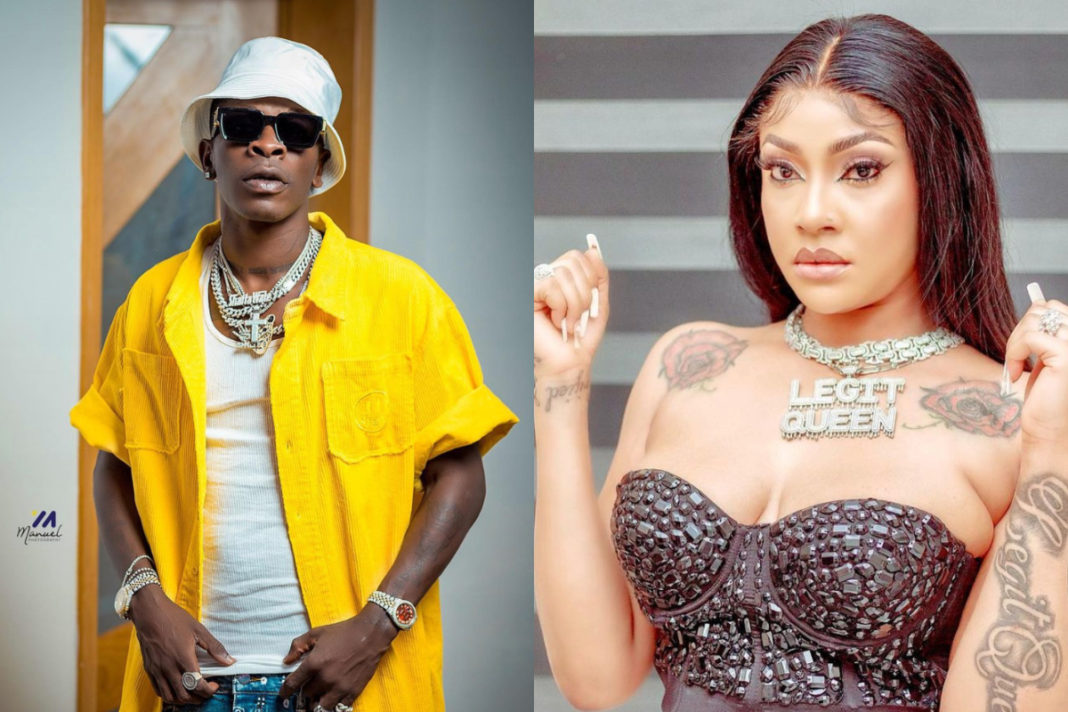 Angela Okorie has been a long-time admirer of Shatta Wale and his vociferous movement.

Perhaps having no idea of the latest development about the musician’s incarceration following his fake gun attack, the actress shared one of those videos of the Dancehall artiste where he was goofing around with kids rhymes which he twisted to add a comic effect.

She shared the video writing; “Me right Now 😂😂😂 @shattawalenima leave me oo N for Nipple 🏃‍♀️🏃‍♀️🏃‍♀️”

Angela Okorie is a Nigerian Nollywood actress who hails from Cotonou, Benin Republic. She is the third of five children. She studied theatre arts at the University of Lagos. She also attended Lagos State University, studying public administration.

In a related development, Blakk Rasta has menacingly hurled demeaning words at Shatta Wale over his arrest.

The Reggae musician and radio personality has never been a fan of the Dancehall artiste and on numerous occasions, they have crossed swords over their differences.

Blakk Rasta shared an old post published on Ghanaweb where Shatta Wale threatened him which is why he’s getting back at him now that his nuisance and foolery have been cut short after he was arrested over his fake gun attack.

Taking to Twitter, he wrote;“@shattawalegh, this was you in 2015. When you sow the wind, you reap a STORM… Junkie Bwoy, rest in JAIL..!