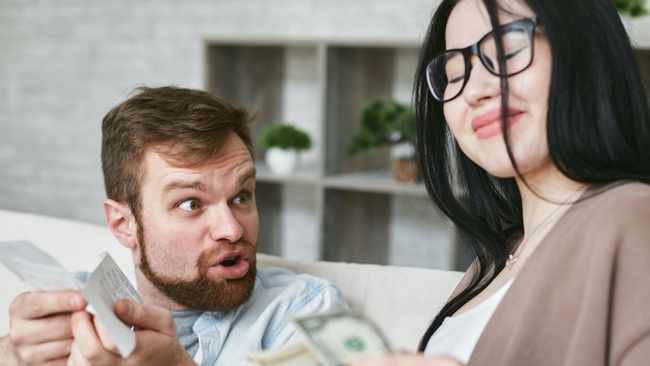 Money is always a tricky thing to navigate in any relationship – whether it is with a family member or your partner. This woman learnt that the hard way when she pointed out that she earns more money than her boyfriend.

In a Reddit AITA (Am I The A-hole) post, a 26-year-old woman braved the internet and asked if she was in the wrong for pointing out to her boyfriend that she earns more than him.

She said that while they are on the same page with regard to marriage and children, he always makes “jokes” that she only wants to marry him for money.

“Recently he always jokes around about me only wanting to marry him to take half of his assets when we get divorced,” she posted, adding that his friends went through a similar situation so she understands his concerns.

She said she often replies that she won’t get married to get a divorce but also doesn’t want this to become a bigger issue. She had suggesting prenups but “he doesn’t believe in prenups.”

“And now it happens more often and sometimes he just said it with a straight face, afraid that he will be left with nothing if we don’t work out. Today he did it again and that was the last straw. I immediately snapped at him by saying ’Well, if that’s the case, it should be me who should be worried since I make three times more than you.”

She said this reply immediately silenced him.

Most people answered that she was not wrong for pointing it out and many encouraged her to get a prenup to protect herself. Some even suggested that she should not marry him.