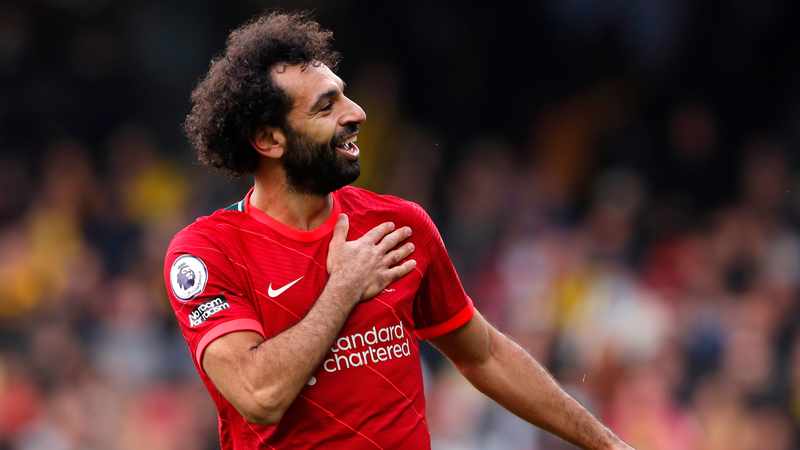 Cape Town – DISCLAIMER: I don’t hate Manchester United (Red Devils), I have nothing but respect for the club.

Another disclaimer: I love Liverpool, (Reds).

The only time my footballing belly fires up even more in the Premier League than on Sunday is when Manchester United go to Anfield, but Liverpool going to Old Trafford is a close second.

Chelsea and Manchester City are late arrivals to the big bash, thanks to generous and charitable investment of global billionaires.

But there is nothing more traditional or bigger in English football than when Liverpool and Manchester United turn up the heat on each other in the Premier League.

I’d consider myself a Liverpool supporter with a difference because I don’t take pleasure from Manchester United’s failures, only if they come against Liverpool. I have always acknowledged the brilliance of those champion United teams, the consistency and success under Sir Alex Ferguson, the individual talents that have come through United’s academy system or those big-name players who have been lured to Old Trafford because of the success of the club.

As a Liverpool supporter, it has been more tortuous than it has been terrific to experience matches between these two sides, with United historically having the edge. My passion for Liverpool has never clouded my judgement of United or blinded me because the bragging rights over time are United’s. They lead Liverpool 66 to 64 in trophies and in the head-to-head showdowns, the men from Manchester have the advantage.

This rivalry has often taken the form book and ripped it up and one would learn more from the history of clashes between the two sides than how they have been shaping in the league this season.

United have been a mixed bag with four wins, two draws and two defeats and Liverpool have been more consistent with five wins and three draws. Liverpool trail leaders Chelsea by two league points and United are six points off the pace in sixth position.

But such is the tightness in the top 10 that only goal difference separates United from ninth placed Arsenal.

If you glanced at the table, then it has to be Liverpool, but in this instance don’t glance at the table, but rather understand the rivalry. In the past seven league matches, Liverpool have won two, United have won one and four have been drawn, with no goals scored in three of those draws and the fourth draw ending one-all.

ALSO READ: Mohamed Salah tells Liverpool he wants to stay but it ‘doesn’t depend on me’

Liverpool’s attack under Klopp has always been potent but somehow it gets nullified when they make the trip to Old Trafford and even when they host United at Anfield. If you used this season’s last eight matches as the barometer, you’d be picking a Liverpool canter. Klopp’s men have scored 27 goals to United’s 11.

Only Manchester City, in conceding two goals to Liverpool at Anfield, have kept them under three goals. United’s home form has been dreadful and they failed to score in successive home defeats to West Ham and Aston Villa.

It hasn’t been pretty in the league for Ole Gunnar Solskjaer as United manager and even his victories come packaged with the inevitable condemnation of the style of play and of whether he is the right fit to win United trophies.

Form suggests it is all favouring Klopp but history again tells another story. The two have faced each other six times and Klopp has won two, Solskjaer one and three have been drawn, with their most recent League match, a 4-2 Liverpool win, giving Klopp the advantage.

Solskjaer has never beaten Klopp in the league, but his teams have shown more often than not an ability not to lose to Liverpool.

Paul Ince and Michael Owen are the only two players in Premier League history to play for both clubs and Ince earlier this week said he wouldn’t pick a winner knowing the mentality of each side when it comes to this derby.

Ince said one would expect Liverpool to win comfortably given how they have been playing, but because it was United and it was at Old Trafford, he predicted a draw.

My goodness, I hope Ince is wrong, that Mo Salah fires, that Ronaldo is starved of the ball and Liverpool for once bring form to Old Trafford and leave with goals and points.

My disclaimer, when it comes to this match, I am more supporter than reporter and that support knows only Liverpool.

Tottenham into top six with smooth win over Brentford