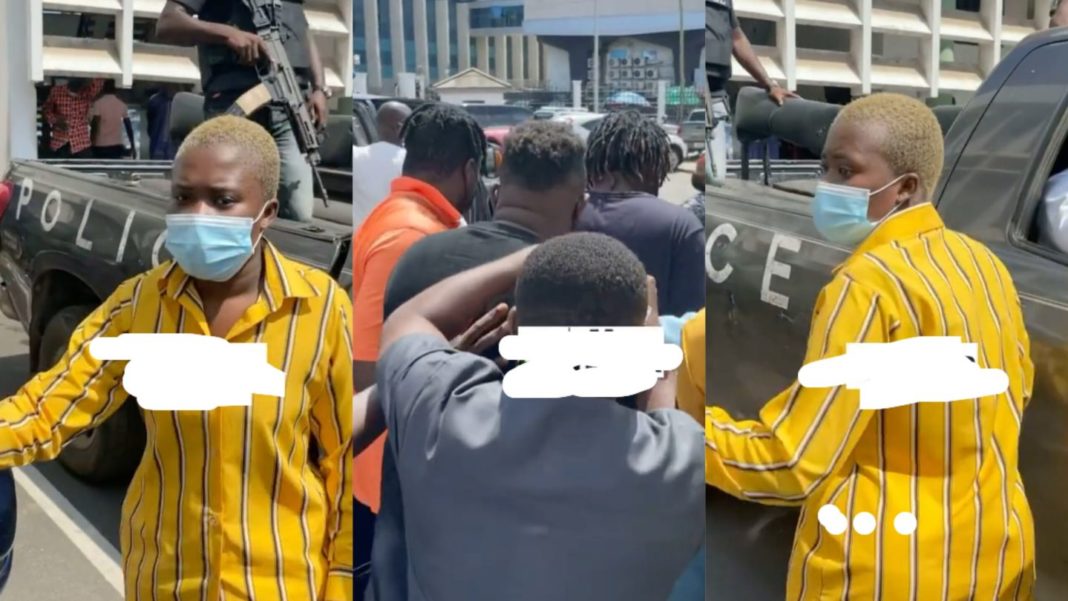 Medikal’s wife, Precious Fella Makafui Frimpong, has been sighted in a video asking journalists and bloggers to stop filming her husband who was seen in handcuffs and being swarmed by police officers after he was arrested for breaking the law.

The actress and former lead character in the YOLO TV series issued the emotional instruction after her husband was shoved into a waiting police pick-up truck shortly after he was remanded pending further trial for brazenly brandishing a gun on social media.

While the media personnel was filming the process, the actress popped up to instruct them to stop capturing everything on camera, saying Ɛyɛ, Ɛdiɛn in the Twi language. She then went close to the police car to speak to someone and then requested her duffle bag.

Meanwhile, the cacophony of war chants and Shatta Wale’s name being kingly tossed in the emotional ambiance while the Dancehall artiste made his way from police vehicle to court is one that will linger on the internet for a very long time.

Shatta Wale was processed in court today where he was charged for causing fear and panic. The atmosphere preceding his grand entrance to the courtroom is what has become the distinctive part of the new development as encapsulated in the video seen below.

Elton Brobbey of Joy FM shared the video on Twitter with the caption;