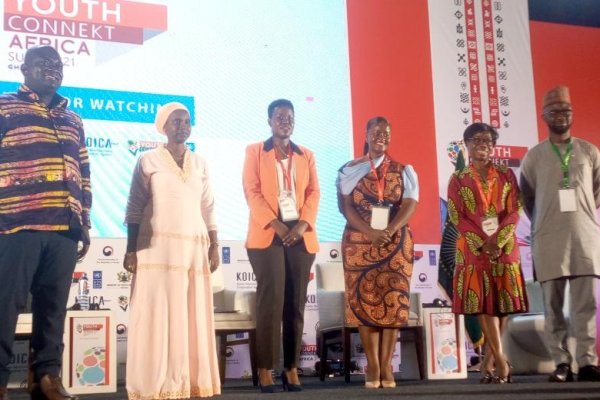 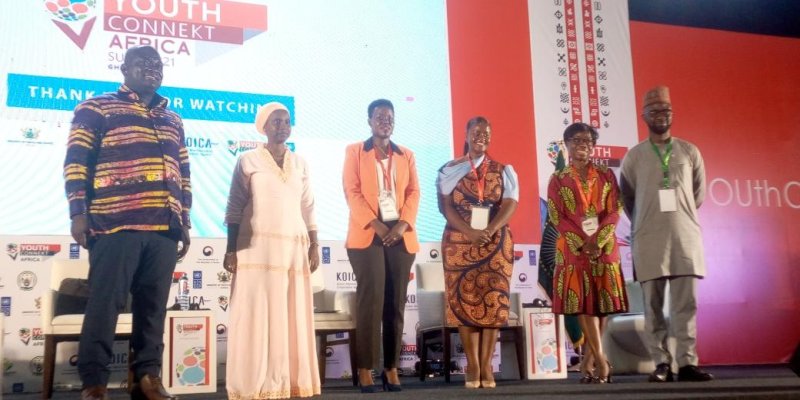 They are to mutually recognise the substantive equivalence of accreditation systems, programmes, and educational certificates across all participating countries to make it easy and acceptable for Africans to easily secure decent and responsible jobs in other member states.
“We need to prioritise effective implementation of frameworks such as the ECOWAS convention on the recognition and equivalence of degrees, diplomas, certificates and other qualifications and the AU’s African Continental Qualifications Framework (ACQF).
“This will ensure that Precious Musomali’s Biotech degree is not only viable in Malawi but is recognized and accepted in Ghana and she does not have to go through additional training to be considered qualified to work here,” she added.
Madam Owusu-Gyamfi made the call while speaking on the theme: “Increasing Regional Collaboration for Youth Labour Mobility to Expand Job Opportunities and Skills Development for Young People” at the three-day “YouthConnekt Africa Summit 2021’, held in Accra from Wednesday October 20, 2021.
The ACET Executive Vice President also entreated countries across Africa to adopt common standard procedures, including flexible national labour and immigration policies and the granting of permits and licenses to facilitate employment of professionals and skilled personnel from the region.
African governments were also charged to establish a regional Labor Market Information System to serve as an African-wide skills database that enables companies to search for the skills and people they need, regardless of where they live.
“To set up a regional system, individual countries will need to invest in and strengthen their own labour market information system which aggregated intelligence on the skills available today and the skills needed in the future,” she added.
Mr Davis Ansah Opoku, Member of Parliament (MP) for Mpraeso, said it was unfortunate the kind of products Universities were producing who did not meet the labour market requirements.
“Universities’ education must change because those curricula were produced 10 to 20 years ago,” he added.
Together with other MPs, he said they were working on repealing the section of the constitution which prohibited one with dual citizenship from being an MP or holding a leadership position in a state institution, adding that: “Because that is worsening the brain drain situation we have in the country.”
Mr Opoku said it was important to change the narrative that made it expensive to travel from one African country to the other, saying: “How can you need about 500 dollars to go to the UK and 700 dollars to go to South Africa. We need to limit barriers that allow the free flow of individuals.”
Mr Rotimi Olawale, Co-founder, Youthhubafrica, said Africa needed to focus on making blue-collar or vocational jobs attractive with apprenticeship model and resources to unleash the potential of her young people.
Now people are going to school, however, there are no longer jobs on the continent, he said and called for vocational skills to be instilled in younger ones from childhood to enable them to set themselves up for the future.
Mrs Abibatou Wane-Fall, Chief of Mission, Ghana (resident), Togo and Benin, International Organization for Migration, said it was important to give the youth a voice and to listen to them as part of decision making processes.
She explained that migrants could gain benefits as well as be beneficial to their host countries.
“We cannot stop migration. The movement within Africa is important than the movement outside Africa. It is important to support the government to address the problems of migration to promote growth,” she added..
Mrs Wane-Fall noted that it was unfortunate how the narrative of migration was negative, and called on governments and the media to sensitise the public on how migration could promote socioeconomic growth.
Ms Olive Ashimwe, Regional Refugees Programme, African Entrepreneur Collective, said if there were more than 26 million displaced people on the continent, how could Africa get adequate contribution towards general development?
Averagely, she said, refugees spent about 10 years in host countries, schooled and worked there, a situation that enlightened them on the reality on the ground.
Providing equal access to finance, education, sharing of accountability among refugees and nations, she said, was important to enable both parties to share the good and bad happenings in the host countries.
GNA
- Advertisement -