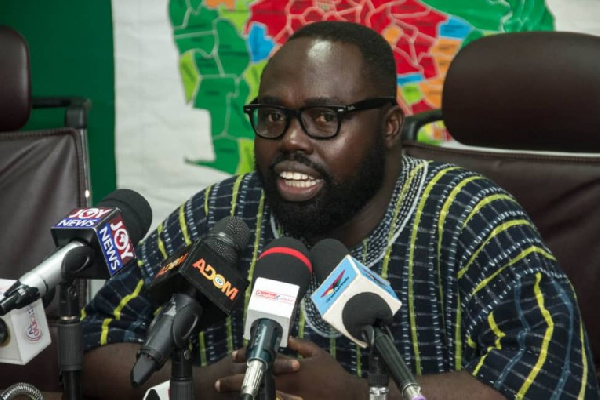 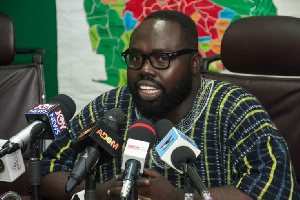 Peter Otokunor is deputy General Secretary of the NDC

Deputy General Secretary of the National Democratic Congress, NDC, Peter Otokunor, has asked President Nana Addo Dankwa Akufo-Addo to hand over power if he is frustrated by the dissatisfaction of his rule.

A one-sentence October 21 Facebook post by Otokunor read: “Hello Mr. Akufo Addo, if you are frustrated by the peoples’ dissatisfaction of your rule, resign and handover the power immediately.

The post is believed to be connected with the president’s response to reports that a chief in Aflao had given the Education Minister an ultimatum to open E-block buildings put up by the erstwhile Mahama government.

The president in response to a question by Peace FM’s Kokrokoo show host suggested that instead of giving his appointee an ultimatum, the chief should consider going to finish the structure himself.

Paramount Chief of Aflao, Torgbui Adzongaga Amenya Fiti V recently demanded that a contractor who had abandoned work on a school block in his area return to complete the project within four months.

According to the paramount chief, work on the Senior High School building which commenced under the E-block initiative by the erstwhile John Dramani Mahama government, has been abandoned over time. He thus called on the Minister of Education, Yaw Osei Adutwum to ensure that the project is completed within the period he specified.

Prompted by the host that the chief’s request may be borne out of frustration, President Akufo-Addo replied that Torgbui Adzongaga Amenya Fiti V should “go ahead and complete the project himself” if he feels frustrated about the current situation.

Following the president’s statement, Samuel Okudzeto Ablakwa has taken to his Facebook page to demand an immediate retraction and an apology from the president to the chief and his people.

“Our revered chiefs and custodians of our proud traditions deserve utmost respect at all times regardless of which part of the country they exercise their authority.

“The venerable Torgbui Adzongaga Amenya Fiti V and the people of Aflao deserve an immediate retraction and apology from President Akufo-Addo.

“No chief anywhere in Ghana should be spoken to with such derision, disrespect and condescension,” the MP wrote.

According to the MP, the paramount chief, instead of the harsh condemnation, deserves to be commended as he sees the current government to be harbouring a trait for abandoning inherited projects.

“Torgbui Fiti V rather deserves commendation for his courage in speaking out against the reckless wasteful culture of abandoning inherited projects.

“We are one people united in our collective successes and challenges; intemperate language from the president who ordinarily should be strengthening national cohesion with his pronouncements, ought to be condemned by all well-meaning Ghanaians,” Mr Ablakwa said.