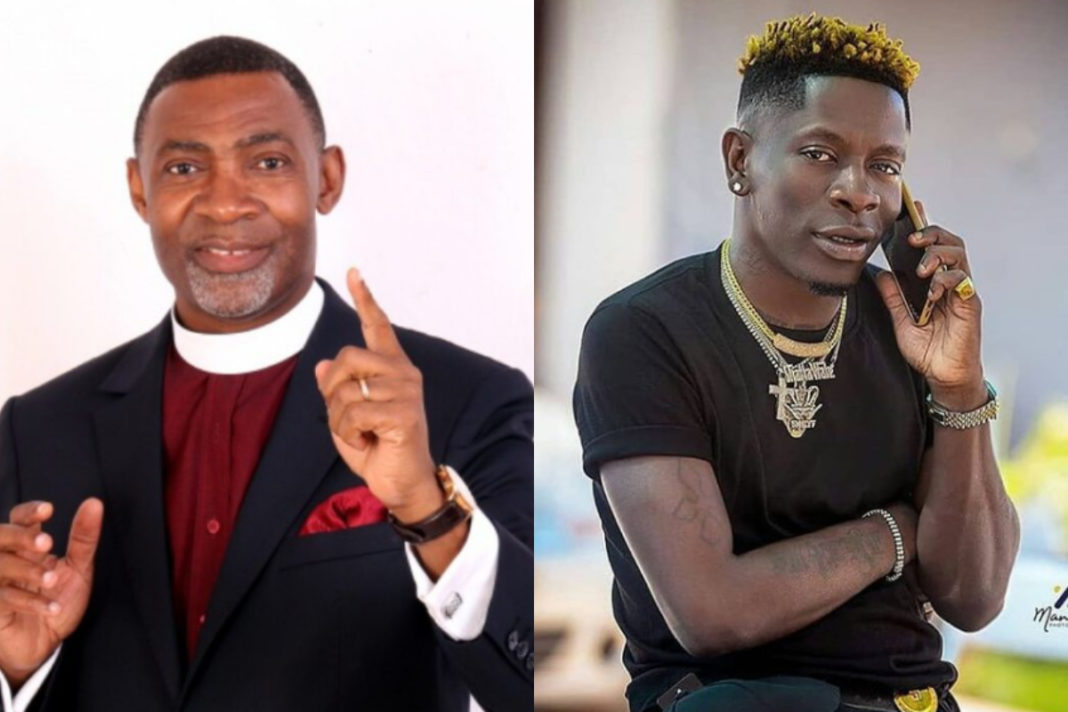 The founder and leader of the Worldwide Miracle Outreach, Dr. Lawrence Tetteh has added his to Shatta Wale’s arrest and remandment, recounting how he used to pray for him following a previous prophecy.

According to Dr. Lawrence Tetteh, the demise of the dancehall musician was once prophecized by another prophet to which he threatened to burn down churches in Ghana should the prophecy fail to come to pass.

During an interview with Kafui Dey on GTV, Dr. Lwarence Tetteh revealed that Shatta Wale reached out to him for prayers and he assured him that he will not die according to what the prophecy says. He revealed that he came out to make claims that Shatta Wale will not die according to the prophecy and he was lambasted by a fetish priest to which he refused to respond.

While reacting to the arrest of Shatta Wale and Medikal, Dr. Lawrence Tetteh revealed that most Ghanaian celebrities lack proper counseling, thus leading them to embark on needless acts which invite trouble to them.

However, he also commended to new Inspector General of Police, Dr. George Akuffo Dampare in his quest to ensure and maintain law and order in the country but he believes that it should be cut out for all offenders of the law and not some people.