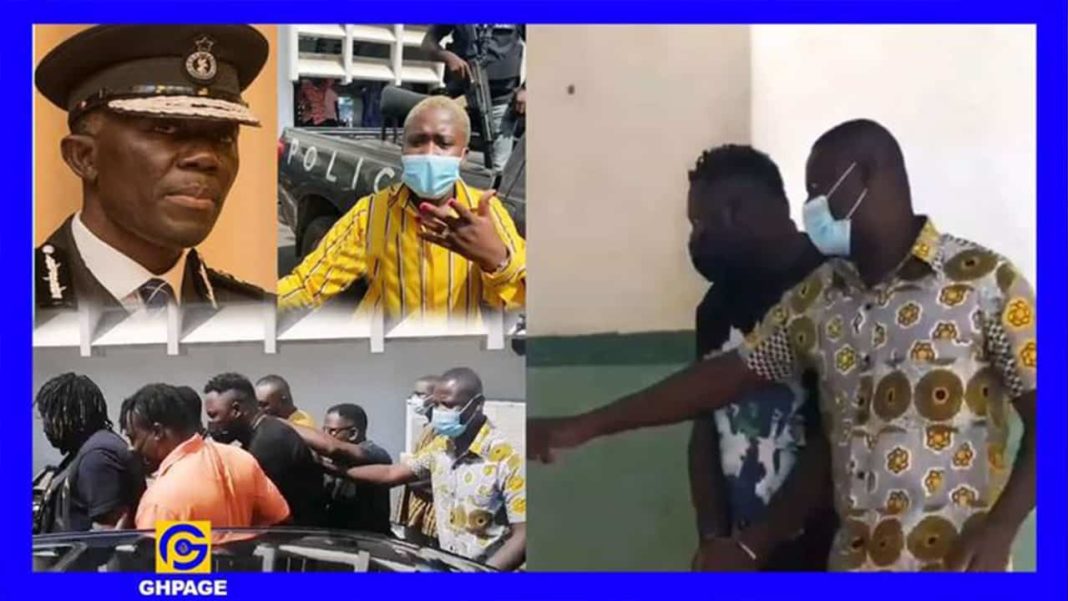 Ghanaian rapper Samuel Adu Frimpong, popularly known as Medikal, has been taken to the Ankaful Prison in the Central region to begin his 5-day Prison custody after he was denied bail by an Accra Circuit Court.

The rapper made his first appearance in court on Friday, October 22, 2021, following his arrest on Thursday evening for brandishing a gun in a video on social media.

He however pleaded not guilty to the charge of displaying arms and ammunition.

The court presided over by Justice Emmanuel Essandoh remanded the accused person into prison custody for five days.

Lawyer for the accused, Emmanuel Yeboah Ghana had argued that his client is well known and has lived all his life in the country and will not disobey the court.

According to him, if granted bail he had persons to stand sureties for him including his wife and mother.

The prosecution led by Chief Inspector Dennis Terkpetey while opposing the grant of bail said, the interest of the larger society is what the court must consider.

He argued that there is an aspect of the case that is still under investigation and he ought to be remanded.

This means Medikal will join dancehall artiste Shatta Wale, who has been remanded into prison custody for one week, at the same correctional facility pending their next court appearances.

Reports gathered by GHPage indicate that Medikal wife, Fella Makafui and his mother were in tears throughout the court sitting.