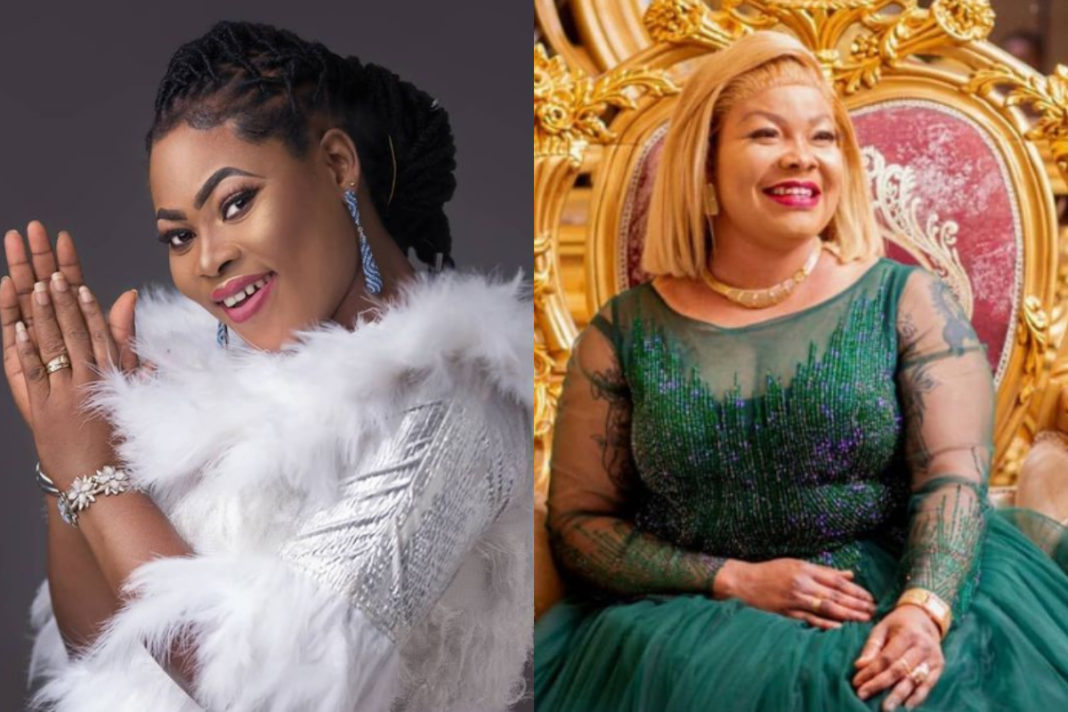 This comes after the gospel musician expressed her displeasure in Nana Agradaa’s intentions to have her perform at her gospel event along with other well-known gospel musicians like Kwaku Gyasi, Nhyira Betty, Brother Sammy, Cecilia Marfo, and other stars without her notice.

According to Joyce Blessing, her fans and management drew her attention to the viral flyer of an event organized by Nana Agradaa. Joyce Blessing’s picture was prominently shown on the artwork without her consent, which enraged her enough to react to the poster’s promotion on social media.

She ordered the organizers of the show, particularly Nana Agradaa who is the main brain behind the event to take her picture off the flyer because they are not friends.

Nana Agradaa is using shady ways to persuade her to perform at her event, according to the “Unbreakable” singer, but she only wants her peace of mind and never wants to get involved in any controversy since she is tired of the terrible press she has received on social media.

She also claimed that she is not disputing Nana Agradaa’s claim that she has been called by God, but that she needs to focus on her ministry so that she can focus on hers, and that her name and photo should be erased from the flyer promptly.

Well, Nana Agradaa has finally succumbed to Joyce Blessing’s threats as a new flyer making rounds on social media has the latter’s photo taken off.