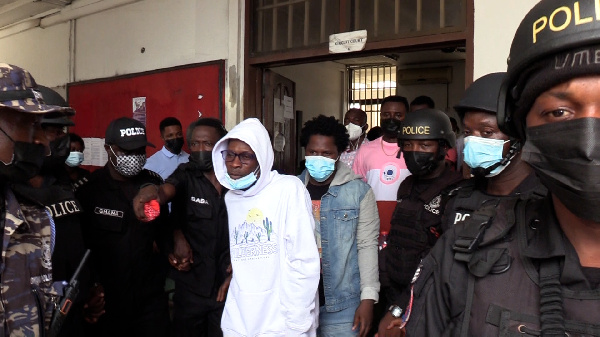 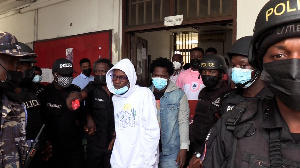 As dancehall artiste, Shatta Wale, leaves the court earlier today after being remanded into police custody, he is heard saying “ I wanna sleep in jail for” among other Shatta movement slogans.

Shatta Wale has been charged with publication of false news after he allegedly faked a gun attack on himself Monday evening.

He has been remanded into Police custody to reappear on Tuesday, October 26.