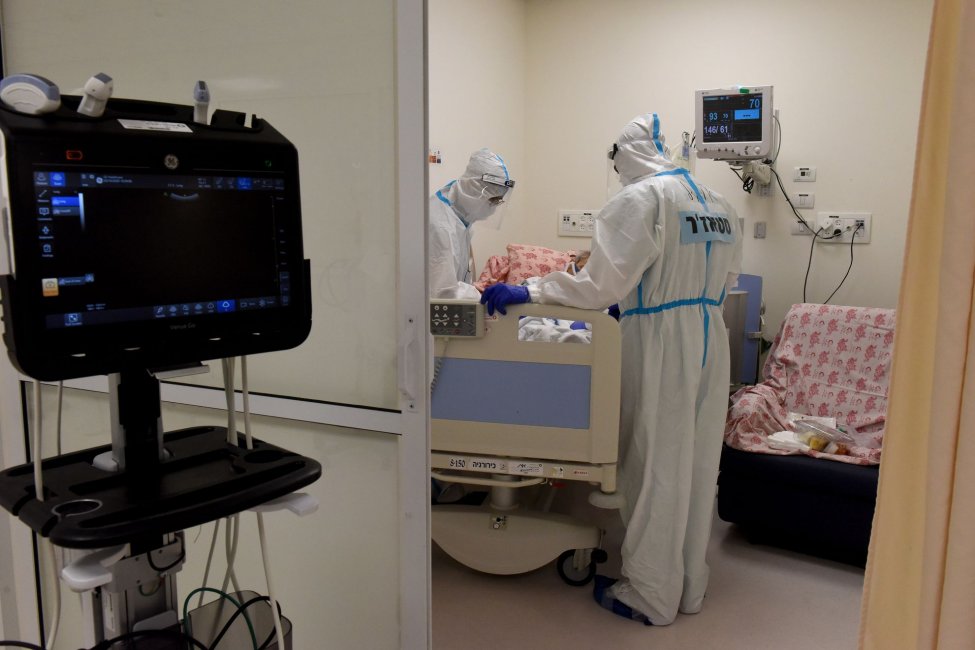 Patients hospitalized with COVID-19 are significantly more likely to experience cognitive issues after recovery than people who were not hospitalized. File Photo by Debbie Hill/UPI | License Photo

Oct. 22 (UPI) — People hospitalized with COVID-19 are up to three times as likely to show signs of decline in brain function related to the virus than those infected who do not require that level of care, a study published Friday by JAMA Network Open found.

Up to 40% of hospitalized COVID-19 patients in the study developed memory problems, compared with up to 16% of those treated on an outpatient basis, the data showed.

Similarly, 28% of those hospitalized with the virus had slower processing speeds, or the time it takes to perform a mental task, while 15% of the outpatients experienced this symptom, the researchers said.

In addition, 15% of hospitalized patients had attention problems compared with 5% of those not hospitalized due to COVID-19.

“Our findings suggest that a substantial proportion of patients may experience cognitive problems several months after COVID-19, which can contribute to significant functional disability,” study co-author Jacqueline H. Becker told UPI in an email.

“It also raises concern that the virus may confer an increased risk for neurodegenerative diseases,” said Becker, a clinical neuropsychologist at Icahn School of Medicine at Mount Sinai in New York City.

The findings are based on analysis of data for 749 COVID-19 patients, most of whom were in their mid- to late-40s, treated by Mount Sinai physicians.

Of the patients included, 196 were admitted to the hospital and 165 were seen in the emergency room, while the remaining 379 were treated as outpatients, according to the researchers.

Among the hospitalized patients, 76, or 39%, had declines in memory/recall compared with 45, or 12% of the outpatients, the data showed.

Fifty-eight, or 28%, of the patients treated in the hospital experienced slower processing speeds, while 57, or 15% of those treated on an outpatient basis did so.

In addition, 29, or 15%, of people hospitalized with COVID-19 developed attention problems compared with 19, or 5%, of those treated as outpatients.

COVID-19 patients treated in the hospital emergency room were also more likely to experience cognitive symptoms than those cared for as outpatients, the data showed.

Meanwhile, autopsies of patients who died from the virus revealed brain effects similar to those seen in people with Alzheimer’s and Parkinson’s disease.

“There may be long-term cognitive repercussions from COVID-19 that impact individuals in various age groups and across the spectrum of disease severity,” Becker said.

“These findings have important implications for functional and social outcomes, as the relatively young age-range of our cohort suggests that occupational productivity may be impacted,” she said.