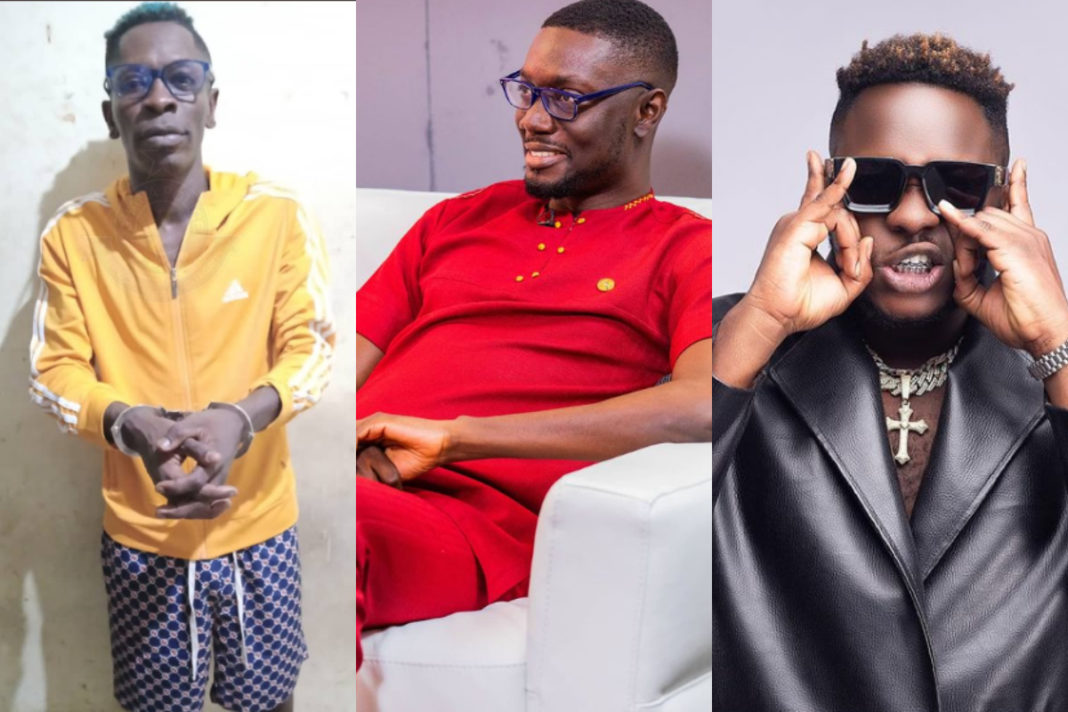 Award-winning Blogger, Ameyaw Debrah has taken a swipe at the Ghana Police Service over their refusal to release a statement and photo of Medikal’s arrest like they did to Shatta Wale after he turned himself in.

After the news went viral that Shatta Wale has been apprehended by the police after turning himself in following a publicity stunt he pulled about a shooting incident at East Legon, the Ghana Police Service released a statement and photo of the musician in handcuffs.

Well, Medikal who was also picked up by the police yesterday for brandishing a weapon in a video sighted on social media had no statement or photo of the event released by the service to the public just as they did to Shatta Wale.

Ameyaw Debrah has stated that the Ghana Police Service is biased on the account that they have treated the two musicians differently after they were apprehended. According to him, the service never released a statement or a photo to confirm speculations that they have the rapper in their custody.

Taking to his Twitter, he wrote; If it is true that medikal was arrested then the Ghana Police service is bias. Why dem no show us photo and a statement like they did with the others?

Meanwhile, Medikal is reported to appear before the court today for prosecution on his case.