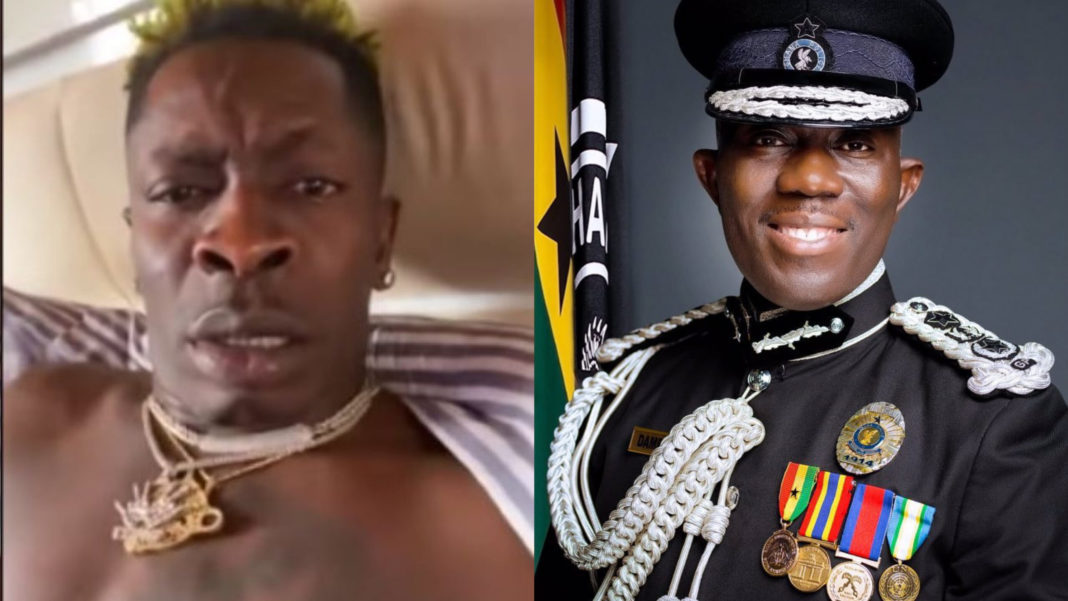 It is obvious the words of Shatta Wale have come back to bite him as a video has emerged where he was tasking the Inspector General of Police (IGP) to arrest and prosecute recalcitrant celebrities and musicians for correction.

The dancehall artiste in one of his social media rants urged the police to be pragmatic in their resolve to maintain peace and orderliness by arresting famous people who ride on their social currency to misbehave and “fool about.”

Shatta Wale was sure that by so doing, it would serve as a deterrent to entertainers, musicians and celebrities who had been emboldened by their fame to mess around. He called for regular imprisonment of these celebrities to a jail term of between 2 and 5 months.

He was convinced that the entertainment system had to be sanitized thus entertainers, musicians and celebrities like himself who broke the law should be dealt with.

Meanwhile, Shatta Wale has fallen short of his admonition to the IGP and has begun the spending of 7 days in the custody of the police for creating a hoax about an attack on his life. Though the apprehension by Shatta Wale after a prophet had said he would die on October 18 is understandable, his approach has been questioned and condemned.

Since an example is better than a precept, Shatta Wale has taken the lead by spending some time in police custody and in effect giving relevance to his message to IGP not to spare the rod and spoil the child as far as the misdemeanour of so-called famous people is concerned.

Watch The Video Below: