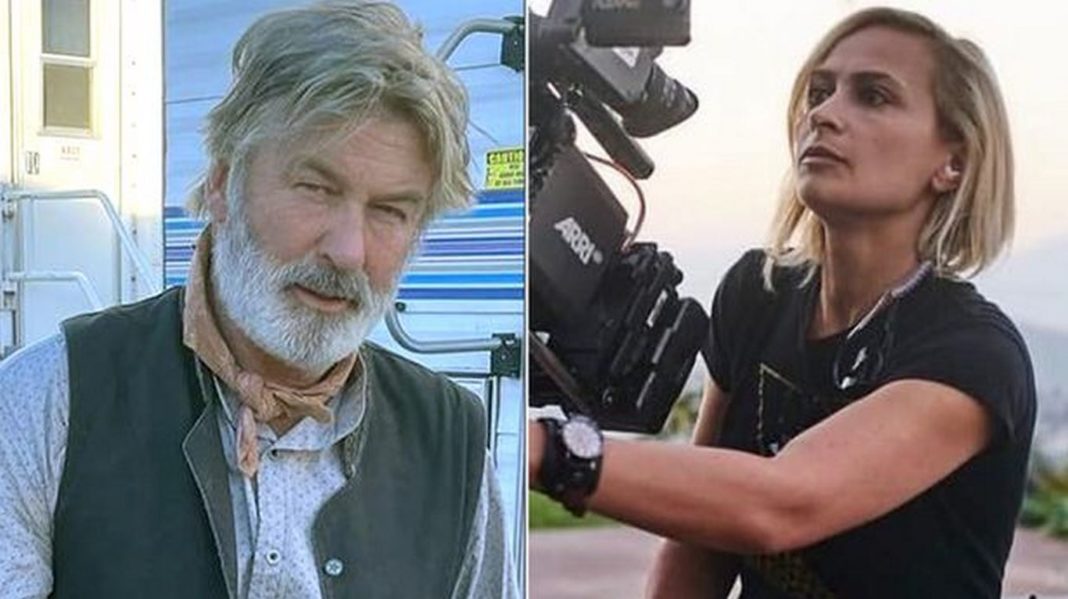 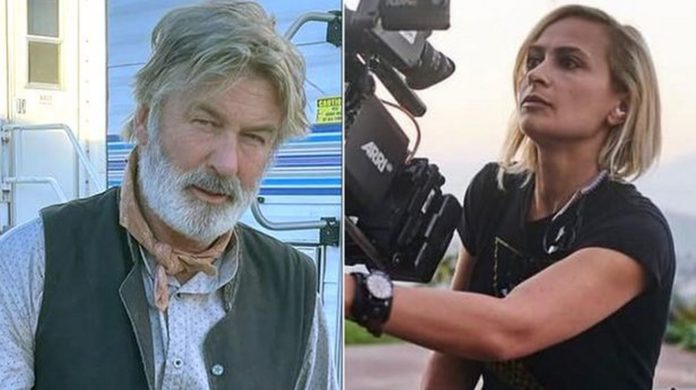 Alec Baldwin accidentally shot a prop firearm that killed a woman and injured a man on the set of his new movie Rust.

Director of Photography Halyna Hutchins was pronounced dead shortly after being transported to a hospital in Albuquerque, New Mexico on Thursday after gun shot wounds to the stomach.

The man injured is believed to be the director of the film, Joel Souza, who is said to have been hit in the shoulder. He has since been released from the hospital.

Police have confirmed lead actor Alec was the one who fired the prop gun.

The Santa Fe Sheriff’s department said in a statement: “Santa Fe County Sheriff’s deputies were dispatched to the Bonanza Creek Ranch movie set of the western “Rust”, October 21, 2021, when a 911 caller reported a shooting on the set.

“The sheriff’s office confirms that two individuals were shot on the set of Rust.

Halyna Hutchins, 42, director of photography and Joel Souza, 48, director, were shot when a prop firearm was discharged by Alec Baldwin, 63, producer and actor.”

The statement continued: “Ms Hutchins was transported, via helicopter, to University of New Mexico Hospital where she was pronounced dead by medical personnel.

“Mr Souza was transported by ambulance to Christus St. Vincent Regional Medical Centre where he is undergoing treatment for his injuries.

This investigation remains open and active. No charges have been filed in regard to this incident. Witnesses continue to be interviewed by detectives.”

Police confirmed Baldwin had been interviewed by investigators and released. No charges have been filed.

Local newspaper, Santa Fe New Mexican reported that Alec was seen in tears outside the local sheriff’s office on Thursday.

Production on the movie has been halted and a spokesperson for Rust Movies Productions LLC released a statement offering condolences to Halyna’s family.

The statement read: “The entire cast and crew has been absolutely devastated by today’s tragedy, and we send our deepest condolences to Halyna’s family and loved ones.

“We have halted production on the film for an undetermined period of time and are fully cooperating with the Santa Fe Police Department’s investigation.

“We will be providing counseling services to everyone connected to the film as we work to process this awful event.”

As news of the accident broke, the Director of Photography’s Guild expressed their shock and remorse at the incident.

Cinematographers Guild’s National President, John Lindley, and National Executive Director, Rebecca Rhine said in a statement: “We received the devastating news this evening, that one of our members, Halyna Hutchins, the Director of Photography on a production called Rust in New Mexico died from injuries sustained on the set.

Alec posted a picture to Instagram earlier on Thursday of himself in character with fake blood on his shirt.

Director Joel Souza was accidentally shot on the set of Rust on Thursday ( Image: Getty Images)

“The details are unclear at this moment, but we are working to learn more, and we support a full investigation into this tragic event,” added the guild executives.

“This is a terrible loss, and we mourn the passing of a member of our Guild’s family.”

The Ukrainian-born, Los Angeles-based director of photography’s credits also include films such as Archenemy, Blindfire and The Mad Hatter.

In 2019 she was selected as one of American Cinematographer magazine’s Rising Stars. She’s believed to have been a mother to a young son.

Following the news of her death, many celebrities and directors took to social media to pay their condolences.

The director of Archenemy, Adam Egypt Mortimer, tweeted: “I’m so sad about losing Halyna. And so infuriated that this could happen on a set.

“She was a brilliant talent who was absolutely committed to art and to film.”

Writer, director and producer of films such as The Haunting of Bly Manor, Mike Flanagan, wrote: “My heart breaks for the family and friends of Halyna Hutchins – this is just horrifying and devastating news.”

Actor and producer Elijah Wood also commented: “Absolutely horrifying and devastating news about cinematographer, Halyna Hutchins. My heart goes out to her family.”

The Suicide Squad director James Gunn said: “My greatest fear is that someone will be fatally hurt on one of my sets. I pray this will never happen.

“My heart goes out to all of those affected by the tragedy today on Rust, especially Halyna Hutchins & her family.”

Just days before her death, Halyna shared a happy video to her Instagram of her horse riding. She captioned the post: “One of the perks of shooting a western is you get to ride horses on your day off.”

Dwayne Johnson was among those now leaving comments on the post as he wrote: “I am so so sorry.

“Rest easy. My love and strength to your family.”

Rust is a movie which was written and directed by Joel, while Alec is co-producer as well as the lead star. Travis Fimmel, Brady Noon, Frances Fisher, and Jensen Ackles also star.

Rust attempts to break his grandson out of prison while a US Marshal while takes on the role of a bounty hunter who is on the pair’s tail.

The outlaw and his estranged grandson form an unexpected bond as they go on the run together.