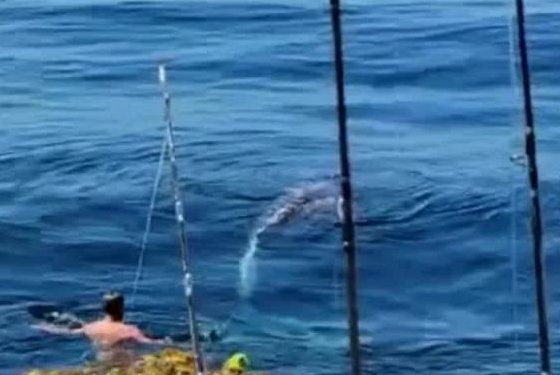 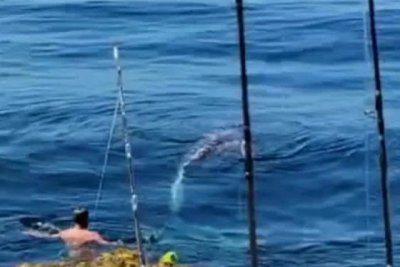 Oct. 21 (UPI) — A San Diego angler fishing with friends about 100 miles off the coast came to the rescue of a whale found entangled in a lobster trap.

Matt Capron said he and his friends were on a weekend fishing trip about 100 miles off the coast of Point Lima, in an area known as Tanner Banks, when they spotted a whale that they soon realized was caught in a lobster trap.

“It was probably between 4 to 7 feet down. The rope was attached to its body right before the fluke, and it was looped six or seven times,” Capron told KGTV.

Another angler recorded video when Capron jumped into the water with a filet knife and cut through the ropes.

Capron said the freed whale initially swam off, but returned a few minutes later, a gesture he interpreted as gratitude.

“We’re just so fortunate that we came upon it when we did,” Capron said. “It was probably one of the highlights of my life. Honestly.”