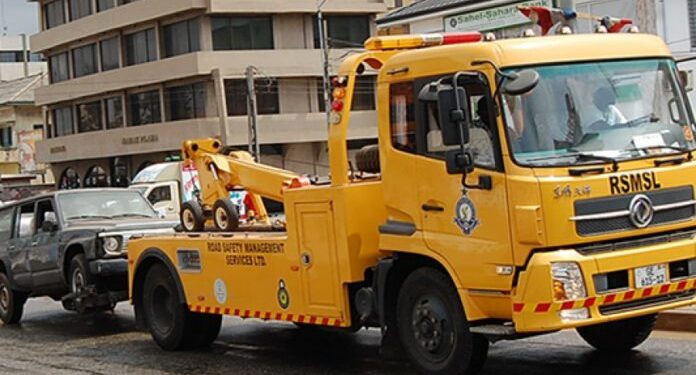 The mandatory Towing Levy agenda that sparked heated debate in the country in 2017 is coming back strongly following the spate of road accidents that are claiming precious lives on the country’s roads due to broken down vehicles.

The project was to be carried out by Road Safety Management Limited (RSML), but the Ministry of Transport in August 2017 said it could not be done due to public outcry.

However, the rate of carnage on the roads, particularly as a result of broken down vehicles, is bringing the debate back to the front burner.

At a national consultative forum on road traffic crashes and review of the Road Traffic Act, 2004 (Act 683) and the Road Traffic Regulations, 2012, L.1. 2180 held in Accra on Wednesday, the stakeholders, with a unanimous voice, called on government to as a matter of urgency, take steps to reintroduce the enforcement of the mandatory Towing Levy, but their opinions on the implementation differ.

The stakeholders want the Towing Levy policy implemented but also want government to be actively involved in the implementation and enforcement of the policy and not leave it in the hands of private persons or entities.

The forum was organised by the Ministry of Transport in collaboration with the Driver and Vehicle Licensing Authority (DVLA), the National Road Safety Authority (NRSA) and the Motor Traffic and Transport Department (MTTD) of the Department of the Ghana Police Service to come out with ways to amend Regulation 102 (2) and (3) to strengthen the enforcement regime.

The state agencies had proposed Regulation 102(2) to read, “An owner or a person in charge of a motor vehicle or trailer which has broken down on a road and who does not cause the immediate removal of the vehicle or trailer from the road commits an offence and is liable on summary conviction and a fine of not less than 500 penalty units.”

Regulation 102 (3) in current form reads, “The owner or a person in charge of a motor vehicle or trailer shall pay a prescribed annual fee known as the Road Safety Fee for the towing of broken down vehicle or trailer on the road and other ancillary service.”

However, the proposed amendment reads, “The owner of a motor vehicle or person in charge of a trailer shall subscribe to the services and terms of conditions of a towing service provider or an insurance company such that the towing service provider or insurance company shall be responsible for the immediate removal of the motor vehicle or trailer whenever it breaks down on the road.”

This means that before an applicant gets a road worthy certificate, the DVLA will ensure that the vehicle owner has entered into an agreement with an insurance company or a towing service provider to tow the motor vehicle in case of a breakdown.

Engineer David Osafo Adonteng, Director of Planning and Programmes at the National Roads Safety Authority (NRSA), admitted that the broken down vehicles issues is becoming an impediment in the efforts to ensure safety on the roads, and said there was the need to take a second look at the mandatory road levy.

He said the carnage on the road is still going on despite the numerous education programmes on road safety, saying, “Our major objective is to reduce the fatalities on our roads to the barest minimum but there are many impediments towards that goal.”