“The Percentage Of People Who Really Love You Is 10%, The 90% Be Noise”-Fella Makafui Laments Amid Shatta Wale’s Fracas 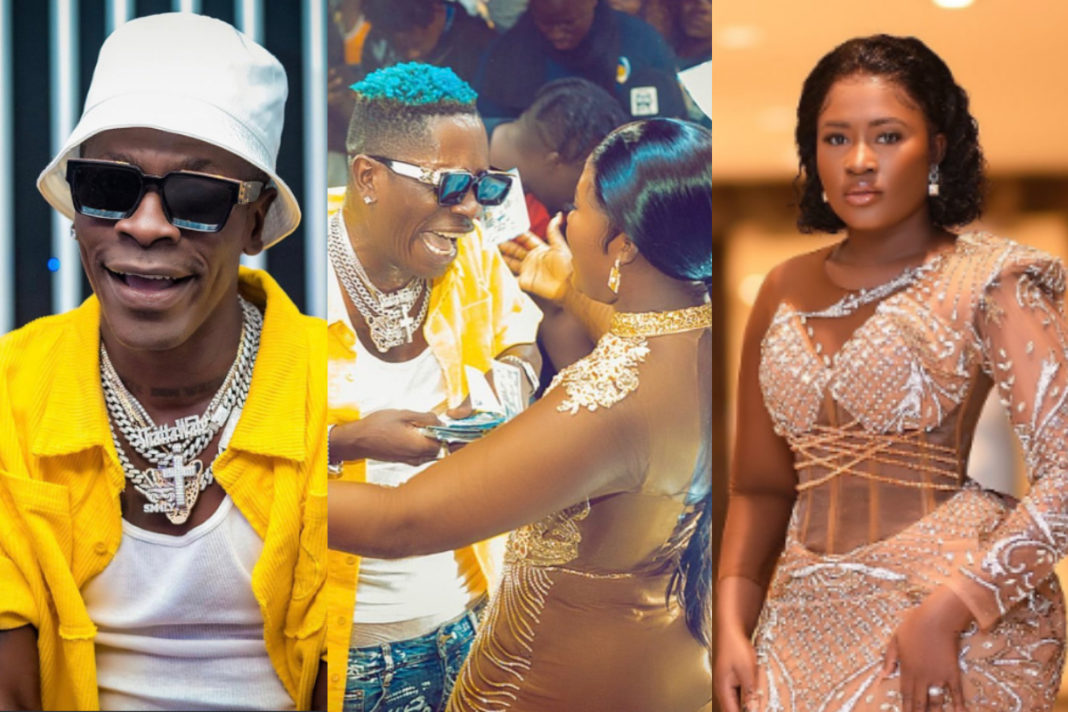 Ghanaian actress, Precious Frimpong, well known as Fella Makafui has stated that the percentage of people following and hailing you is greater than that of the people who are willing to go to every extent for you.

READ ALSO: “This Is Quite Disappointing”-Arnold Asamoah Baidoo Schools Shatta Wale On How To Pull Up A Publicity Stunt After His Arrest

Her comments come following the arrest of her pal, Shatta Wale who has been accused of causing fear and panic due to a stunt he pulled in relation to a doom prophecy made by a man of God named Jesus Ahuofe.

Shatta Wale was made to appear before the court today and remanded into police custody for a whole week until the reopening of his case.

Fella Makafui who happens to be one of the few celebrities demanding the release of Shatta Wale using their social media influence has said that the current predicament that has befallen Shatta Wale proves that the percentage of people that were hailing him is 90% but the that of the people who have proven their loyalty to him amid his troubles is just 10%.

Taking to the microblogging platform, Twitter she wrote; This life ,you just have to understand the percentage of people wey really dey for you be 10% !! The 90% be noise !!