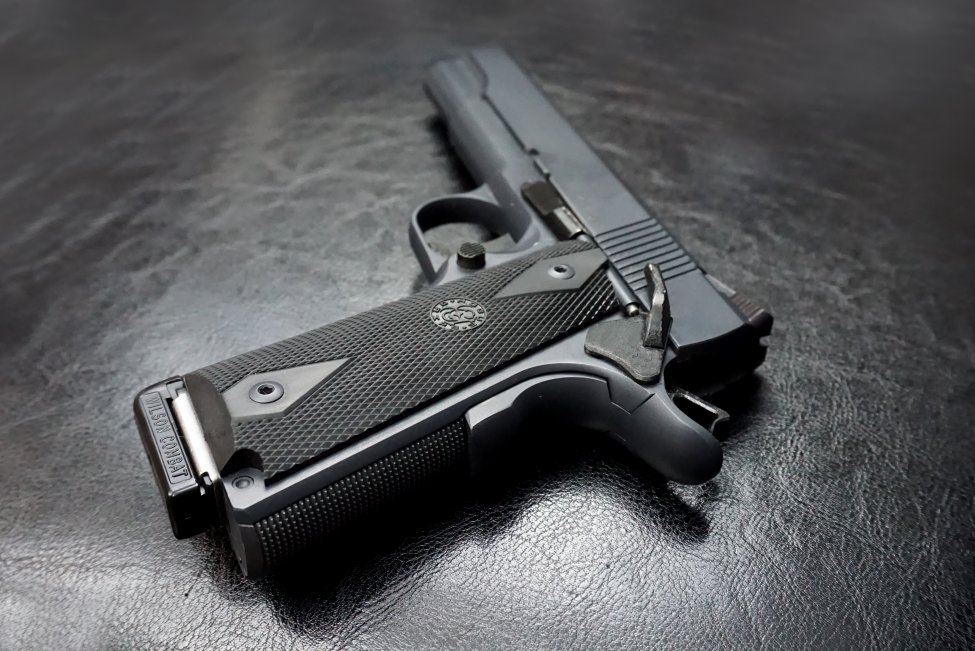 Gun violence events in the United States increased 30% in 2020-21, according to a new study, with researchers saying the increase may be linked with the pandemic. Photo by MikeGunner/Pixabay

Oct. 21 (UPI) — The amount of gun violence in the United States was 30% higher during the height of the COVID-19 pandemic compared to a period just before the virus took hold, according to a study published Thursday by Scientific Reports.

Nearly 93,000 gun violence events resulting in injury or death occurred between Feb. 1, 2019, and March 31 of this year, the data showed.

However, more than 51,000 of them occurred between March 1, 2020, and March 31 of this year, when the COVID-19 pandemic was raging across much of the country, the researchers said.

“Our data show an increase in gun violence during the pandemic compared to the previous pre-pandemic year,” study co-author Dr. Paddy Ssentongo told UPI in an email.

“We cannot state that the pandemic caused this increase, but there are certainly plausible reasons that they could be related,” said Ssentongo, an assistant professor of engineering science and mechanics at Penn State University in Hershey.

The rise in gun violence could be attributable to increasing rates of anxiety and depression linked with the pandemic and social distancing measures aimed at limiting virus spread, including the closure of schools and business, according to the researchers.

A documented increase in gun purchases also was recorded during the early stages of the pandemic.

For this study, Ssentongo and his colleagues analyzed data from the Gun Violence Archive, a record of firearm-related incidents in the United States as reported daily by law enforcement agencies.

They looked at trends in gun-related injuries and deaths in all 50 states and the District of Columbia between Feb. 1, 2019, and March 31 of this year to assess the potential effects of the pandemic.

For the study, researchers counted injuries that led to death as both injuries and deaths.

Twenty-eight states showed a significantly higher risk of gun violence during the pandemic compared with the year before the pandemic, the data showed.

Only Alaska showed a lower risk of gun violence during the pandemic, the researchers said.

“This pandemic has been associated with psychological distress caused by the shelter-in-place orders, increased rates of domestic violence, disruption of social networks, unemployment and record increases in gun sales and access to guns during the pandemic,” Ssentongo said.

“All these factors are plausible reasons for the observed increase,” he said.