Onion Sellers Association thanks Akufo-Addo for relocation to Adjen Kotoku 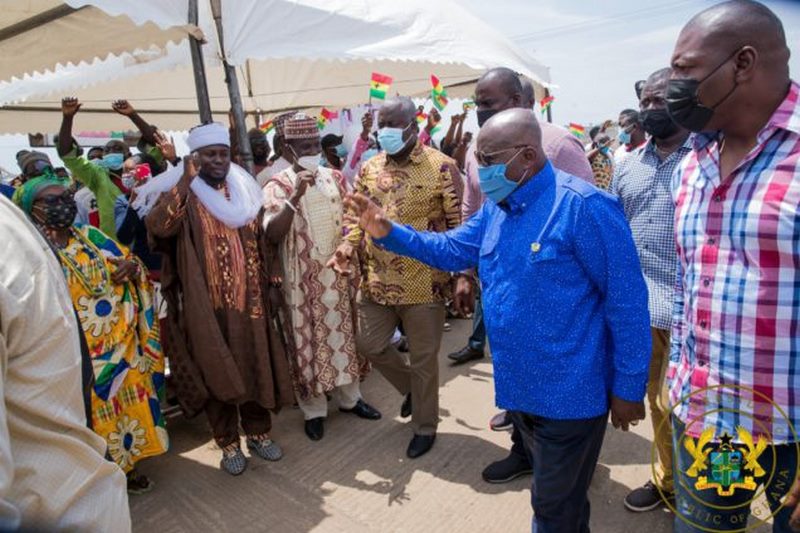 Jubilant members of the Onion Sellers Association, who were recently moved from Agbobgloshie, have showered praises on President Nana Akufo-Addo for ensuring and facilitating their smooth and convenient relocation to Adjen Kotoku.

Onion Sellers not long ago fiercely resisted initial attempts by the Minister for Greater Accra, Henry Quartey, to relocate them from the onion market at Agbobloshie, citing reasons of inconvenience and the absence of a ready market.

However, contrary to their fears, the group upon a visit to the place by the President as part of his tour of the Greater Accra Region, thanked and commended him for staying true to his word and meeting all the conditions prevalent to ensure a convenient and productive market for them.

According to their Spokesperson, Osman Mohammed Seil, the assurances of their security and ready-market are what they are witnessing today, and believed that the Adjen Kotoku Onion Market has the potential of becoming the number one onion market in West Africa.

“We were told to leave Sodom and Gomorrah to Jeddah, today we have moved, seen and realised that this place is indeed Jeddah. We are earning way more than we used to get at our former place,” the Spokesperson added.

He was confident that, work on the few remaining stalls and the provision of more sanitary amenities and a mosque will be completed to augment the existing structures in the onion market.