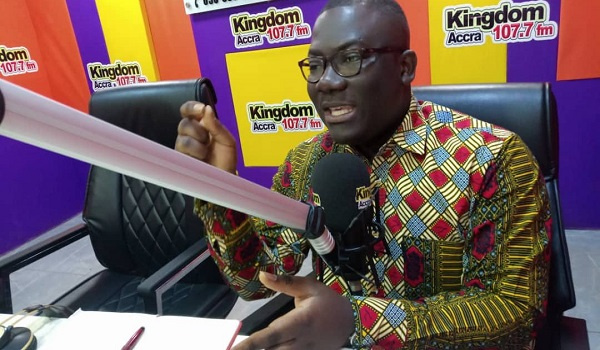 Agya Yaw Nsiah, Director for Research and Planning at the Youth Employment Agency

Director for Research and Planning at the Youth Employment Agency (YEA), Agya Yaw Nsiah, has disclosed that in 2017 the New Patriotic Party government created an entrepreneurial eco-system in the country.

According to him, a lot of work was put into creating this system.

He made this submission on the Happy Morning Show aired on e. TV Ghana and Happy 98.9FM. “The previous government started an institution called Youth Enterprise Support but their policies couldn’t stand the test of time”

He declared that when the NPP came into power in 2017 they had to reform the previous policies into workable ones. “We created new policies and rebranded it to National Entrepreneurship and Innovation Program”, he said.

According to him, the National Board for Small Scale Industries was changed to Ghana Enterprises Agency and during the Covid-19 pandemic last year it helped a lot of people gain some skills. “We trained close of 5000 entrepreneurs”, he said.

Concluding, he said that “asking why we haven’t built that ecosystem I would say that we have started working on it. When Kennedy Ofori-Atta encouraged the youth to dive into entrepreneurship he said that comment on the backdrop of what the NPP government has done to build that ecosystem”, he added.

Speaking at the Springboard Youth Dialogues, Mr. Ofori-Atta explained that 60% of Ghana’s revenue is spent every month on the payment of salaries of public sector workers.