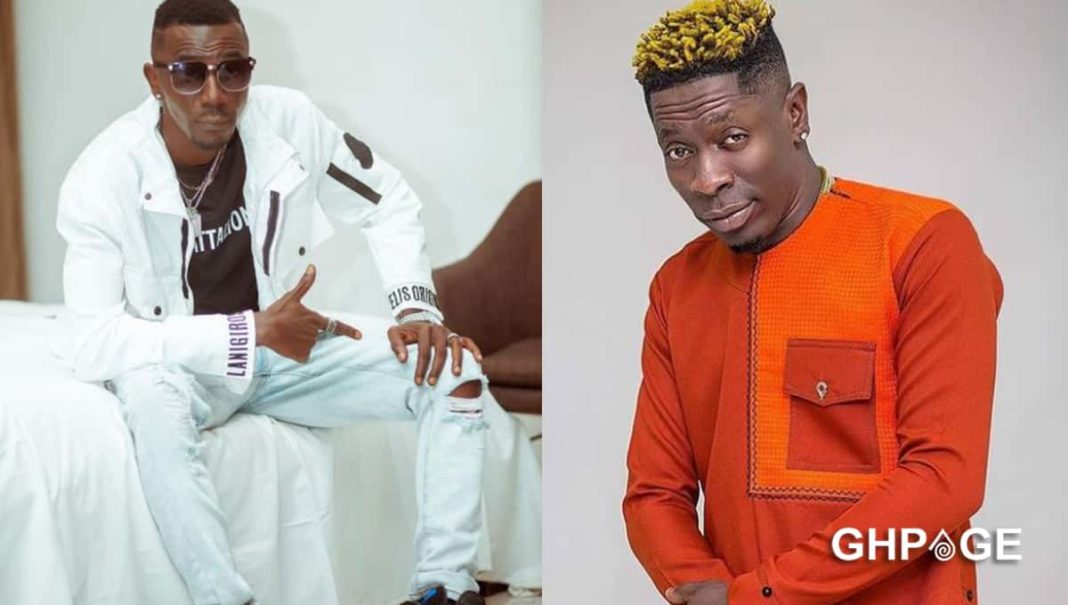 A former member of the defunct SM Militants, Joint 77, has ridiculed Shatta Wale following his arrest over his fake gun attack that has got Ghanaians talking.

In a post by the artiste, he recounted how Shatta Wale used the police officers to chase him to retrieve a car he bought for him when their bond depreciated.

He wrote on Twitter; ‘You make police come take the car you give me as i come steal am from you Oh bra you will be fine wai’

Recall that back in October 2020, Shatta Wale seized a Toyota Camry he bought for him as a birthday present after their break-up.

The musician who felt hurt by the actions of Shatta Wale shared his bitterness in an interview on Happy 98.9 FM’s DJ Adviser.

According to what we’ve learned, a police squad searched his home on Wednesday afternoon before returning him to custody.

It continued that the Police are ready with their charges against the popular musician and his colleagues Nana Dope and Gangee who are also in police custody.

Shatta Wale and his colleagues last Monday pulled a ‘foolish’ stunt after deceiving the country that he has been shot by armed men.

revealed that the ‘Bullet’ singer has been rushed to a hospital and is in the emergency ward receiving treatment.

The Police force took charge of the whole thing and launched investigations into the matter only for them to arrive at a conclusion that it was just a stunt.

He was picked up last Tuesday and has been in police custody since then.

Ghpage.com will keep our loyal readers up to date on the outcome of the court proceedings.

Moesha, Hajia4Real, Afia Schwarzenegger, others embarrassed at Cardi B presser