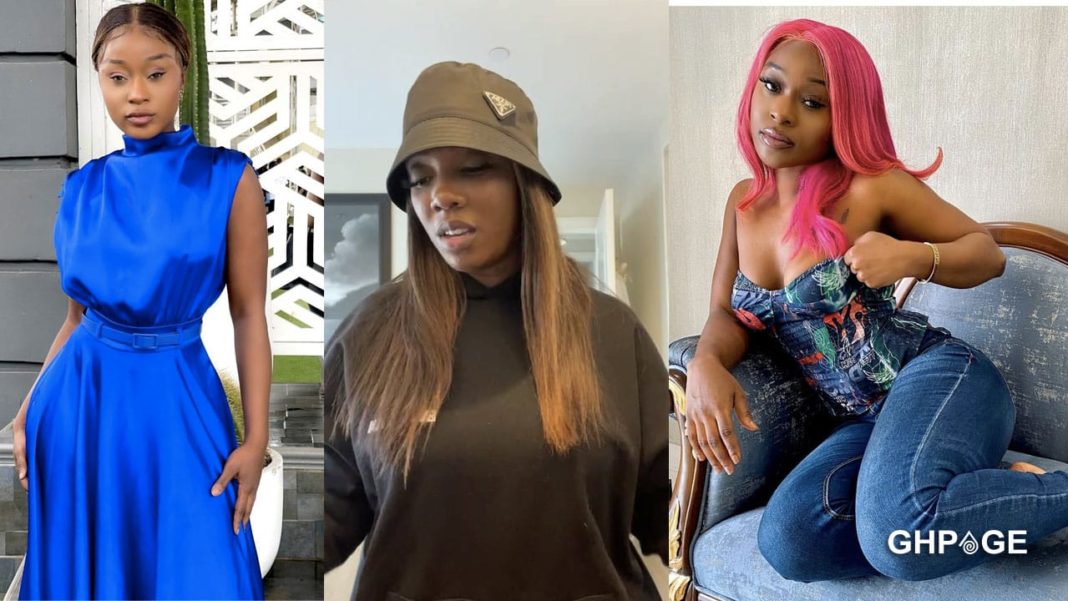 Video vixen and socialite Efia Odo has told Ghanaians hoping for her sex tape leak to the public to forget because that isn’t going to happen.

Efia Odo remarked that, despite the fact that she dresses in revealing clothing that reveals her hidden features, having her sex tape published on social media for all the country to see is a wish that would never come true.

After Nigerian music artiste Tiwa Savage was ridiculed on social media for her bedroom video, the actress made this remark.

After hearing about Tiwa Savage’s leaked tape, Efia Odo stated that she cannot be blackmailed by anyone with a leaked tape since she ensures that no one films her antics.

She admits that she has no recordings of her nights out with any male, implying that any reports regarding her leaked tape are incorrect.