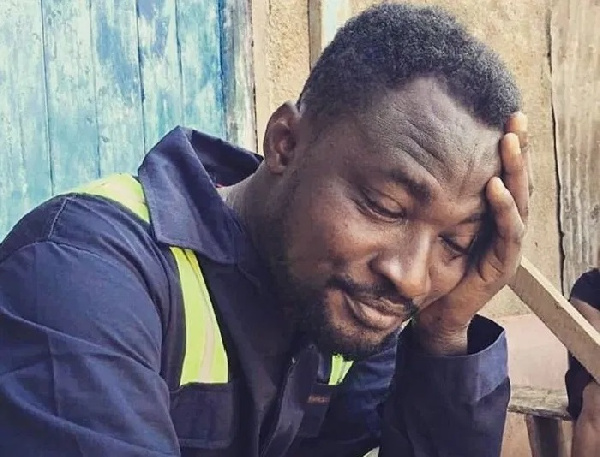 • Funny face was arrested for threatening to kill some individual

Ghanaian comic actor, Funny Face has been referred to the Accra Psychiatric Hospital for examination by the Kaneshie District court.

This comes after he was arrested by the Ghana Police for allegedly threatening certain individuals via social media on Monday, October 18, 2021.

Funny Face, who has a history of a mental health issue on Sunday without provocation, went berserk on his Instagram page where he verbally assaulted some personalities including Fada Dickson, Bola Ray, and Adebayor.

He also threatened to kill his ex-lover and mother of his twins, Vannessa Nicole.

The actor on Monday, October 18, went to the studios of Kofi TV owned by Kofi Adomah Nwanwani for an interview where he profusely apologized to those he attacked and asked for forgiveness.

It was after this interview the police picked the comedian up and was arraigned before the court today.

Meanwhile, this will be the second time the comedian has been committed to a psychiatric hospital.

He was first committed to a two weeks examination at the Accra psychiatric hospital in February this year.

The judge explained that Funny Face is likely to be having a mental crisis and possibly going through depression.

He was however set free after the examination until his recent relapse that led to his arrest.