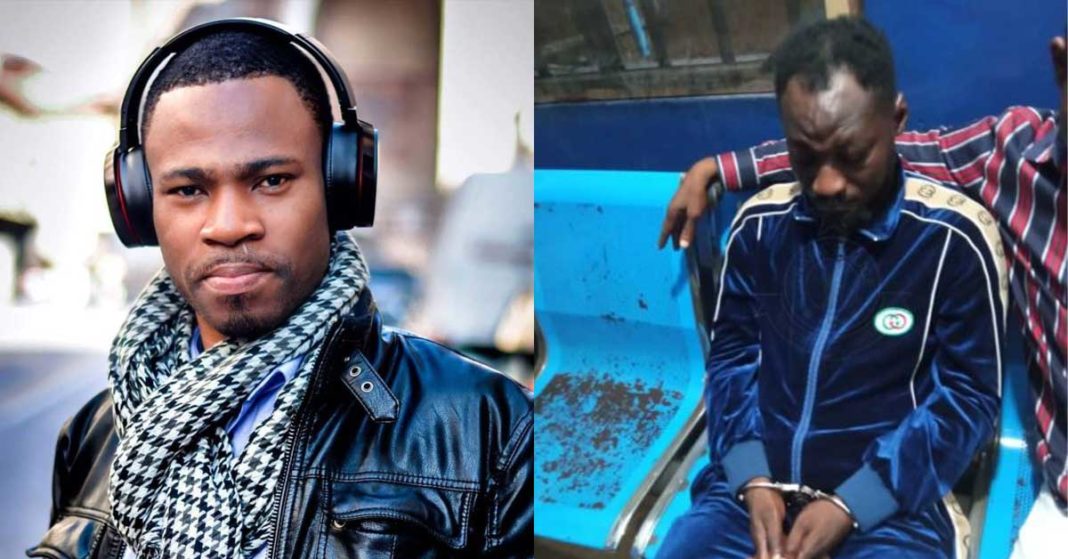 Journalist and popular newscaster with Angel FM, Kofi Adoma Nwanwani has revealed the situation in court when Funny Face was made to standing the box.

According to Kofi Adoma, Ghanaian comic actor, Funny Face cried and pleaded with God to take his life.

Funny Face had been weeping since he was transported to the prisons and according to the journalist who paid him a visit, the comedian lacks the strength to keep pushing.

“Some of his inmates admitted that Funny Face has been sobbing since they brought him in yesterday night. He gathered his cellmates and requested them to pray at one point. Funny Face asked God to end his life, his eyes welling up with tears.

“Funny Face felt so terrible, he felt worthless,” he said on Angel FM during a chat with his coworkers.

Kofi Adomah described what happened when the cops snatched Funny Face away from his presence on October 18, 2021, following his conversation with him;

“I went to the Nima police station, where Funny Face was originally detained, but he wasn’t there. When I arrived at the police station, I was thrown around like a rag doll. I was even invited to join the anti-armed robbery team at one time. I went there and was told all I needed to know about his location. He was taken from the Nima cells and sent to the police headquarters, according to my sources. He was then brought to his home, where he was searched thoroughly. Since Funny Face reportedly threatened several people, they were looking for any kind of weapon. They returned to the house after discovering some gunshots in Funny Face’s room. He also took some of his medications.”