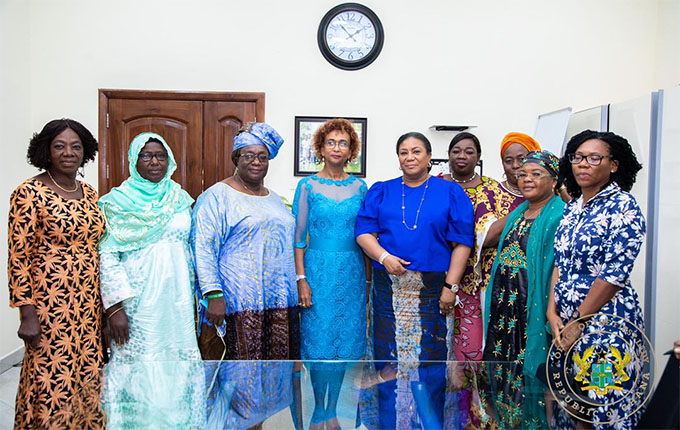 Members of the female caucus of the ECOWAS Parliament (ECOFEPA), have paid a courtesy call on the First Lady, Mrs. Rebecca Akufo-Addo.

The meeting allowed the group to discuss matters related to women’s empowerment and representation in all aspects of national development across the West African Region, with the First Lady.

Welcoming the delegation to her office in Accra, Mrs. Akufo-Addo was elated that a female political group made up of Members of Parliament in the sub-region have decided to work at empowering women, protecting the girl child, and ensuring that women representation at the upper echelon of political authority is increased. 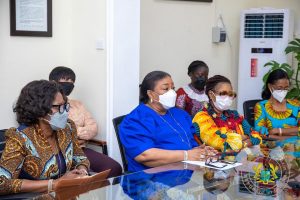 She said the Rebecca Foundation has, since its establishment in 2017, undertaken several activities which are in tandem with the objectives of ECOFEPA.

“Just like ECOFEPA which is keen on securing the future of the girl-child by helping her access quality education, the Rebecca Foundation also has a mentorship program geared at encouraging girls to complete their schooling while also encouraging and empowering those out of school to acquire some skills to be economically self-sufficient.

The First Lady, assured members of ECOFEPA of the support of the Rebecca Foundation, to achieve their common goal of empowering women and girls. 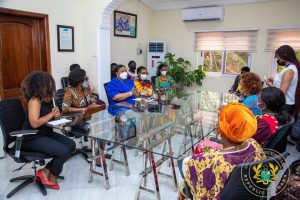 She emphasized that with the two bodies sharing a common objective and their influence stretching to all corners in the sub-region, the desired impact they seek would be achieved.

On behalf of her colleague Parliamentarians, the President of ECOFEPA, Filomena de Fatima Ribeiro, expressed their gratitude to Mrs. Akufo-Addo for her cordial reception. 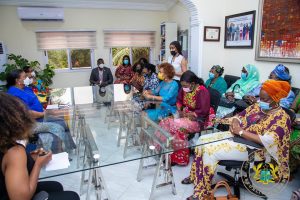 She said ECOFEPA recognizes the good works of the Rebecca Foundation and the many successes it has chalked in supporting women and the girl-child in the areas of education, skills acquisition, economic empowerment, and maternal health.