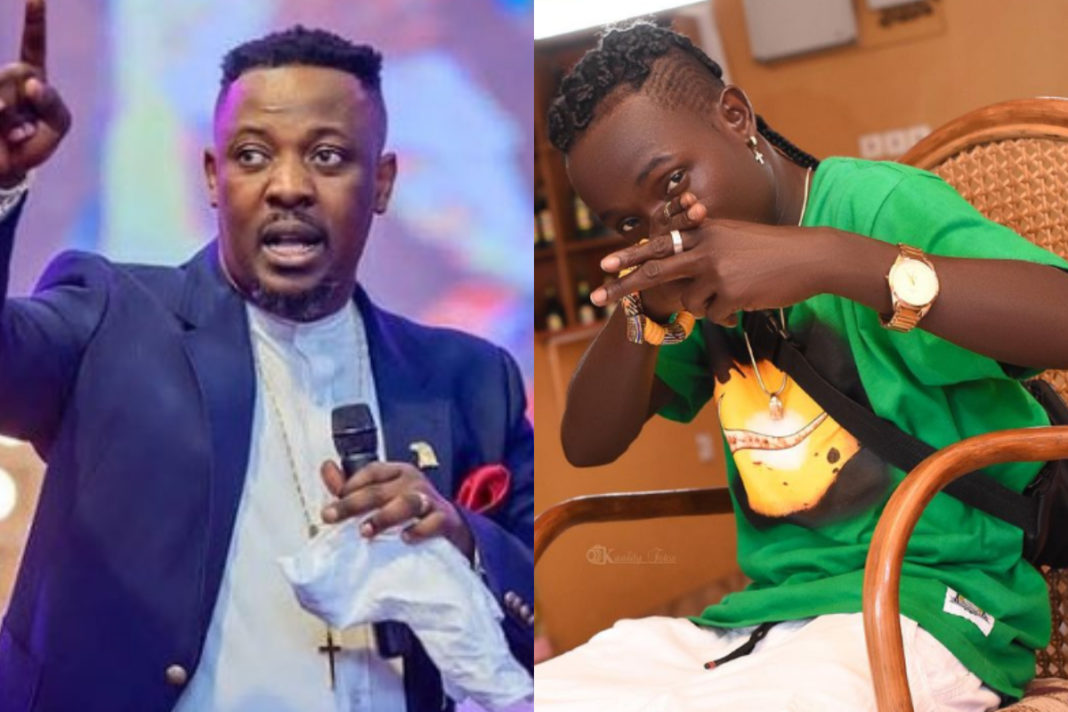 The founder and leader of the Prophetic Hill Chapel, Prophet Nigel Gaisie has predicted that the Swedru-based hitmaker, Justice Amoah, popularly known as Patapaa has been scheduled for a fatal accident.

READ ALSO: “A Law Should Be Passed That Will Ban Unsolicited Prophecies In The Country’-Blogger Suggests

It seems Prophet Nigel Gaisie has refused to learn from the current predicament that has befallen his fellow pastor, Jesus Ahuofe following a death prophecy he made about Shatta Wale which has gotten him in the grips of the police.

According to Nigel Gaisie, he has a revelation where he saw some top Ghanaian musicians, namely, Stonebwoy, Patapaa, Efya, and one disrespectful musician he would like not to mention his name.

He claimed that Patapaa has been scheduled for a fatal accident in the coming days and has been tied up in the spiritual realms by his spiritual opponents.

He went further to say that the disrespectful musician he has refused to make his name public has death hovering him, thus he needs to be mindful of how h lives his life because that eventuality has already been revealed to another powerful ma of God who has already reached out to him so, he needs to be careful. Well, we have no idea of the musician he speaks of but when making a list of the most controversial musicians in Ghana, Shatta Wale will definitely top the list given his past.

The musician is currently in police custody preparing to appear before the court today following a failed publicity stunt he pulled about an alleged shooting incident at East Legon. He was arrested along with his PR, Nana Dope, and another crew member who circulated the news about the musician being shot.