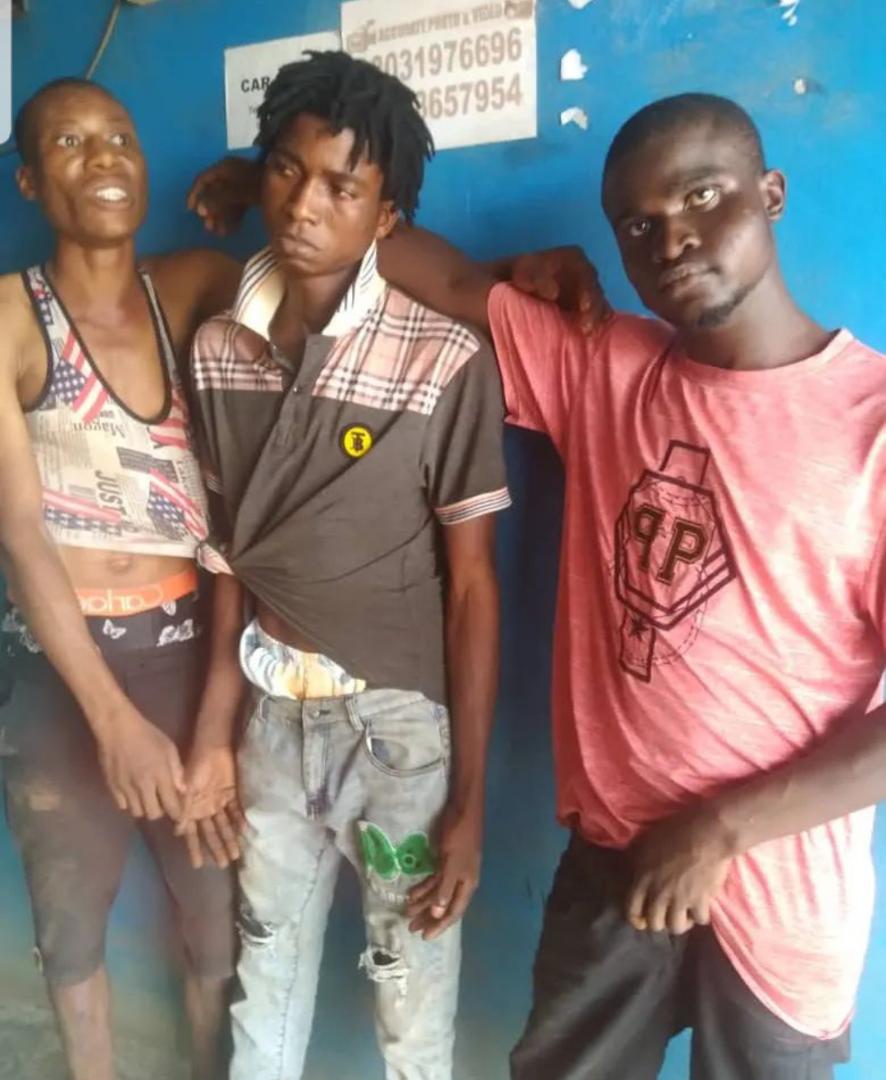 The suspects were arrested following a report by one Bola George who reported at Onipanu divisional headquarters that her brother was alleged to have stolen an iPhone 6 at Keke hotel in Iyana Iyesi Ota.

He was said to have been consequently tied with rope in the hotel and tortured to death.

Having realised that the victim was about to give up the ghost, the suspects quickly rushed him to a hospital, but he died on arrival.

Upon the report, the DPO Onipanu Division, CSP Bamidele Job, mobilised his men and moved to the scene, where two of the suspects were apprehended, while the remaining one was arrested in the hotel.

On interrogation, the suspects informed the police that they strongly suspected the deceased as the person who stole the iPhone 6, and the torture was to have him confess to the crime.

He also warned that the command under his leadership will not tolerate any form of jungle justice and whoever engaged in such activities, no matter his status or position will not be spared from punishment under the law.

The corpse of the victim has been deposited at the general hospital mortuary Ota for autopsy.