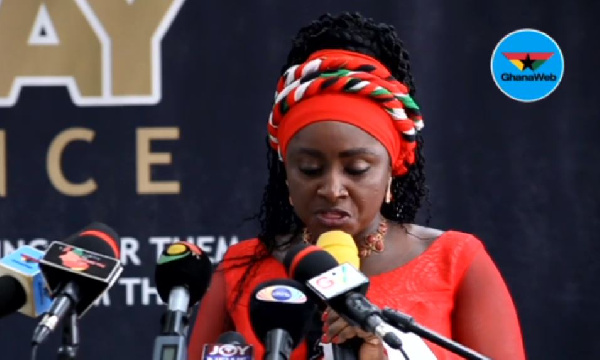 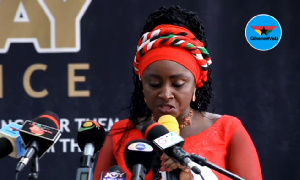 National Women’s Organiser of the National Democratic Congress (NDC) has warned the governing New Patriotic Party (NPP) to prepare to leave office in 2024 because their party will form the next government.

She said the party and its executives have learned a lot from the 2020 general elections, therefore, they will not take chances before, during, and after the next elections to return the NDC to the government.

Dr Bisiw’s comment comes on the back of assertions from the Director of Operations at the Presidency, Lord Commey, who has vowed not to hand over power to the NDC in 2024.

Addressing members of the NPP during the party’s Greater Accra Regional Delegates conference last week, Commey stated that his party’s members must do everything possible to retain power because he was not willing to see their government hand over to the NDC.

“If God blesses you with power and you don’t grab it well, you will regret what would happen to you,” Commey noted as he rejected the popular NPP slogan ‘Break the 8’ which seeks to solicit support from party members to retain the NPP in power beyond 8 years.

“Break the 8 has become the slogan amongst us but so far as I live, I won’t break any eight (8)…The power I have, I would not hand it over today nor tomorrow,” Commey stated.

President Akufo-Addo, who won a second term with only a small majority in parliament, and has since been under pressure as the country struggles with economic troubles, wishes to hand over to a successor from his party in 2025.

Commey corroborated that notion and stated that Akufo-Addo had said he wishes to hand over power to a president-elect from the NPP.

But Speaking on the Gumbe show on TV XYZ hosted by Mugabe Maase, the NDC women leader warned the NPP not to try to rig the elections in 2024 or employ brute force to suppress voting.

“They should not dare try because we will face them squarely. We will not sit aloof for these nation wreckers who have messed up the country continue to rule this country. We in the NDC will rise up and save the country through every means possible,” Dr Bisiw stated.