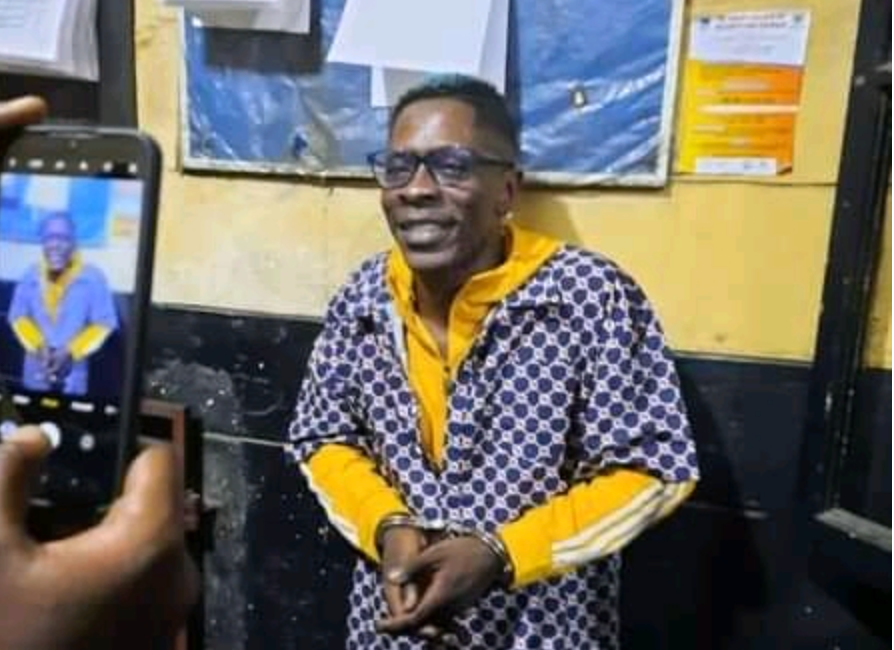 Ghanaian musician, Charles Nii Armah Mensah who is known as Shatta Wale has been arrested by the personnel from the Ghana Police Service.

This was made known in a recent post made by the police on their verified social media handle on the popular social media platform, Facebook.

The statement made by the police reads;

Photos of him when he was arrested by the police have hit the internet. The photos were shared by the Police and the caption that accompanied the photos was;

below are the photos;