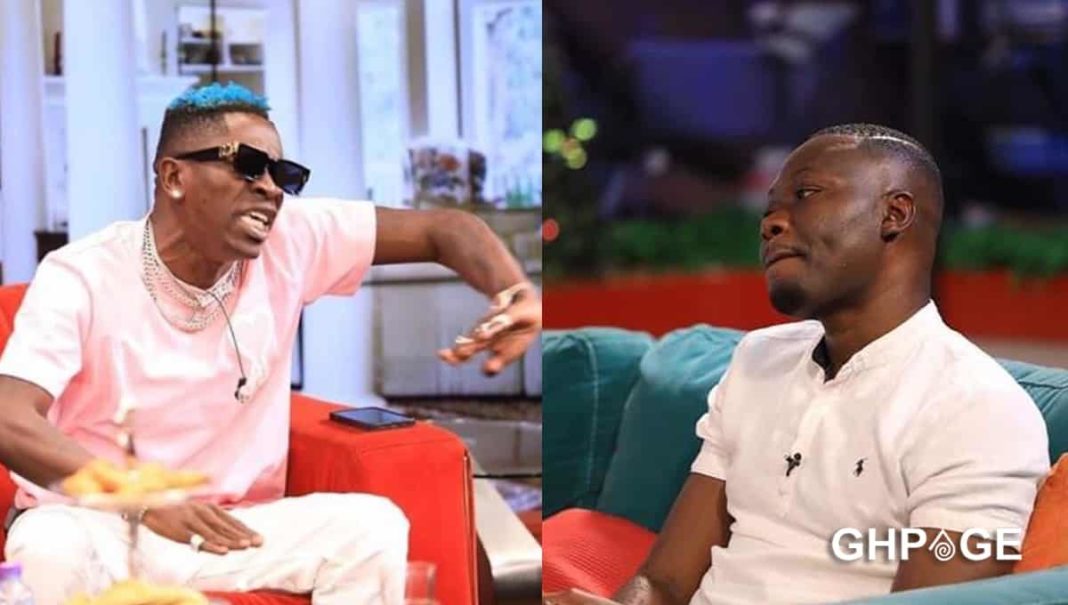 The artiste is currently in police custody with two other members of his team, Kojo Owusu Koranteng, also known as Nana Dope and Eric Venator, alias Gangee after they circulated false information about him being fatally injured in a drive-by shooting.

Speaking on Starr Today with Naa Dedei Tettey, Arnold Asamoah-Baidoo, said Shatta Wale who is not new to controversies and publicity stunts lost the plot this time around.

“When you are pulling a stunt, there are two things you must not do. One, the stunt must not affect the sensibilities of the consumers because at the end of the day then what’s the point? Because you are doing the stunt to fixate our attention on that product, and so it affects our sensibilities we will not buy it.

“Two, it must not be criminal. So for Shatta Wale he missed the plot in pulling that stunt by offending the sensibilities of the consumers and two making it a criminally related matter.

“And for me, I thought he lost the plot. This is not how you pull a stunt. You pull a stunt to generate conversation like he has been doing over the years; to actually put some attention on whatever project he wants to push. So for me, I think he missed the plot this time”.

Mr. Asamoah-Baidoo further expressed disappointment in the actions of the artiste especially with the caliber of persons he has on his management team.

“That is quite disappointing. Again it is more disappointing when you consider the people around him. I mean he has a PR expert in Chris Koney, he has an astute manager in the name of Bulldog, and he has people who you perceive to be very smart. So for him to actually miss the plot when it comes to PR stunts- and he has been good at it,” is shocking.

“I mean go through all the things he has done over the period in generating conversations, generating talkability, he has done it. So one, it is very disappointing that it came from him. Two, disappointing because the people around him could not advise him that listen “guy” this one you are going beyond (limits) and you might get yourself entangled in some law-related matter. I mean it’s very disappointing and shocking” Mr. Asamoah-Baidoo told Naa Dedei Tettey on Starr Today.

Shatta Wale’s Road Manager popularly known as ‘Deportee’ is also being pursued by the police for his role in the hoax which according to the police was circulated with the intention to cause fear and panic.

The police have served notice that “no one will be spared if Police investigations point to their possible criminal culpability in this matter”.