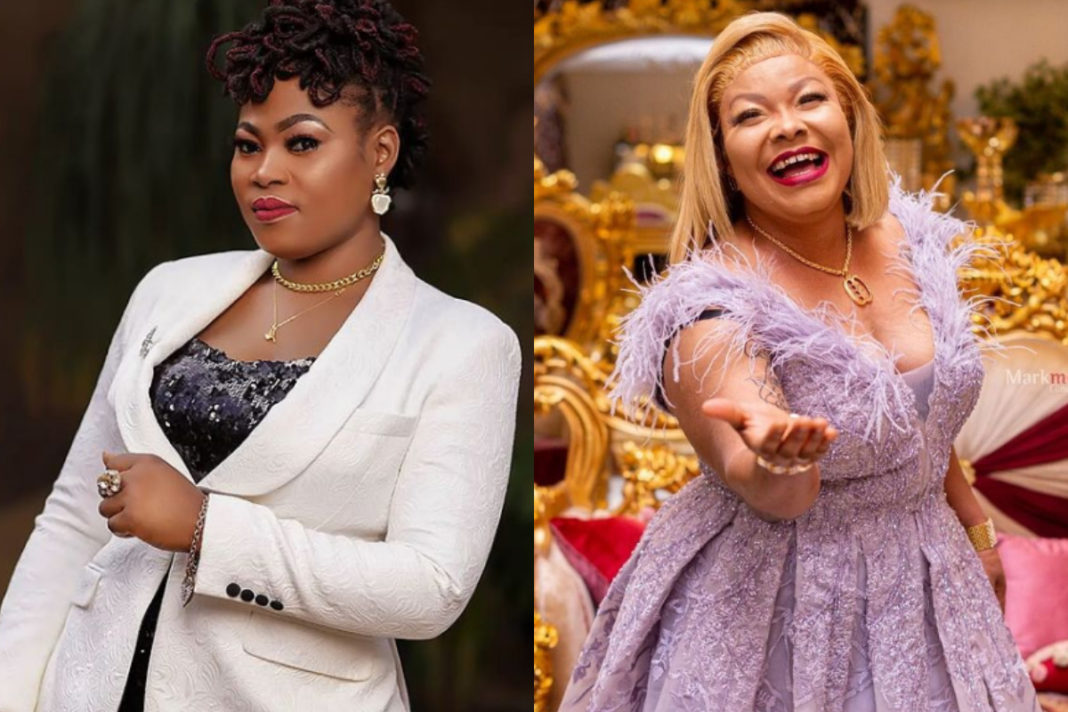 Ghanaian gospel musician, Joyce Blessing has sent a strong warning to the self-styled evangelist, Mama Pat formerly known as Nana Agradaa to take her picture off a viral flyer if an upcoming event.

Brother Sammy, Patience Nyarko, Jack Alolome, and Anita Afriyie are featured on the said poster to play at the event dubbed ” Thanksgiving Service.”

Joyce Blessing’s picture is prominently shown on the artwork without her consent, which enraged her enough to react to the poster’s promotion on social media.

In a video Joyce Blessing posted on her IG page, she revealed that her fans and management have drawn her attention to a viral flyer of an upcoming event that has her picture on it as one of the guest performers for the event.

She ordered the organizers of the show, particularly Nana Agradaa who is the main brain behind the event to take her picture off the flyer because they are not friends.

The “Unbreakable” hitmaker stated that Nana Agradaa is using dubious means to get her to perform at her show but she only wants her peace of mind and never wants to involve herself in any controversy because she is tired of the bad name she has gotten on social media.

She further stated that she is not challenging the fact that Nana Agradaa is claiming she has been called by God but she needs to focus on her ministry so she can also concentrate on hers, thus her name and picture should be taken off the flyer with an immediate effect.

See the flyer below: