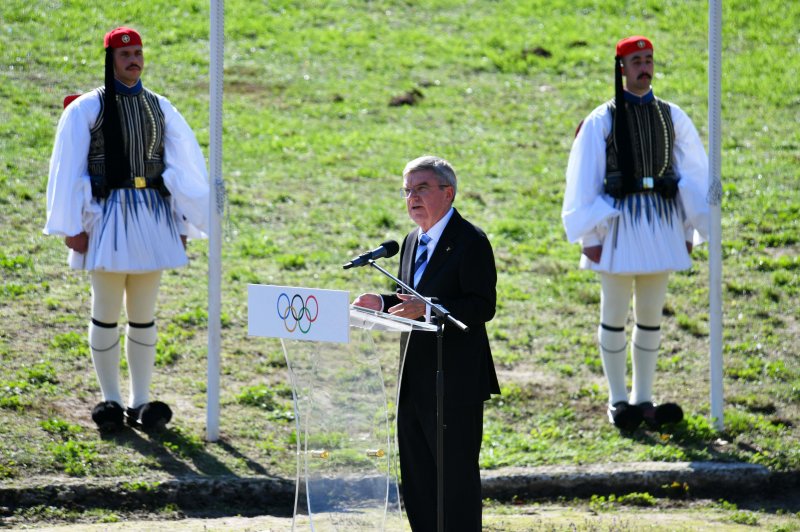 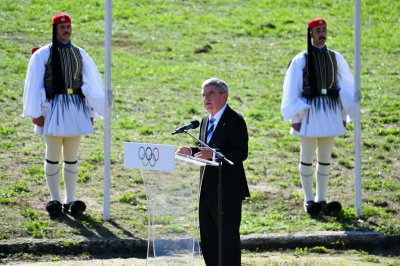 Oct. 18 (UPI) — Police arrested more activists Monday protesting the Beijing 2022 Winter Olympics in Greece and briefly detained others outside of a flame-lighting ceremony.

Charges weren’t immediately filed against them.

Another four Tibetan activists were arrested in a separate incident outside the Olympic torch ceremony Monday, and were later released, according to a New York-based campaign group Students for a Free Tibet.

“They were not engaged in any protest, nor wearing any political paraphernalia,” Students for a Free Tibet said in a statement. “They were not charged with any crime and, in fact, a Greek police officer told the activists that ‘there is no reason, and we don’t need a reason to bring you here.'”

“Human rights advocates around the world are calling for a full boycott of the Beijing Olympics due to the CCP’s [Chinese Communist Party’s] human rights atrocities committed against Tibetans, Uyghurs, Southern Monglians, and Hong Kongers,” Students for a Free Tibet added.

“There can be no peace without solidarity,” Bach said.

Students for Free Tibet added in their statement that the “activists demonstrated their solidarity with peoples oppressed by the Chinese government.”

On the eve of the torch lighting, two people were arrested in Athens after unfurling banners on scaffolding in the Acropolis promoting Hong Kong and Tibetan rights and repeatedly calling for a boycott of the Winter Games over China’s alleged human rights abuses. The two activists, identified as Tibetan-American student Tsela Zoksang, 18, and exiled Hong Kong activist Joey Siu, 22, both U.S. citizens, were released Monday, according to human rights NGO Hong Kong Watch.

The Winter Olympics in Beijing are scheduled to begin Feb. 4, and organizers have barred international spectators due to concerns about COVID-19 spread.