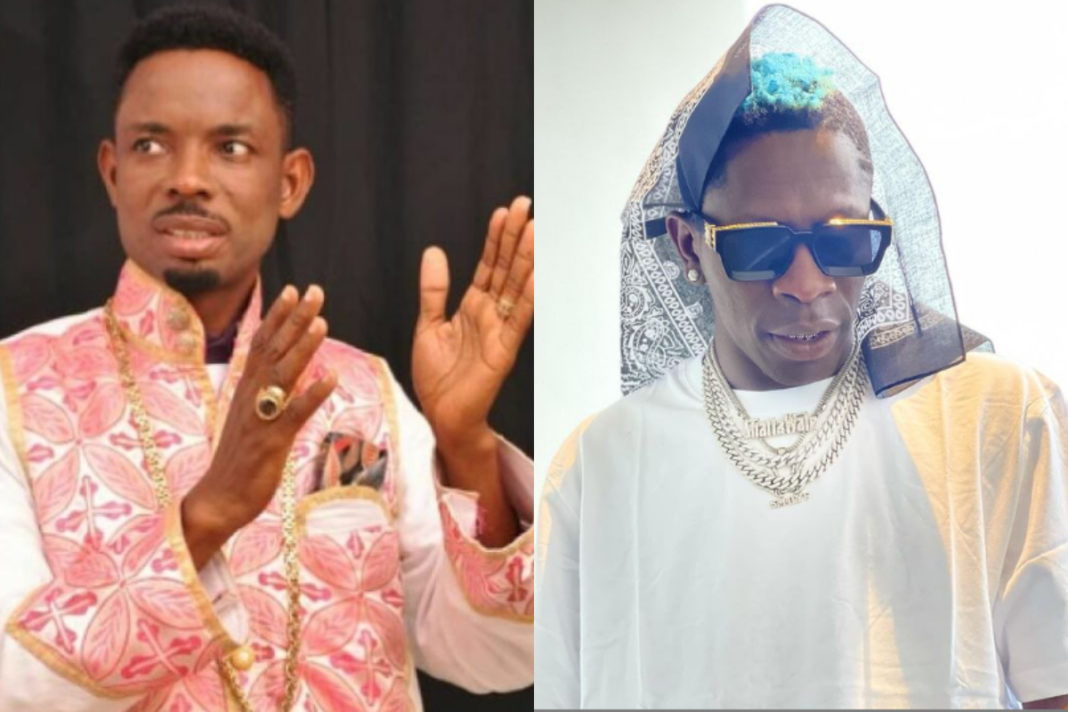 The wife of the founder and leader of New Life Kingdom Chapel International, Stephen Akwasi Appiah, also known as Jesus Ahuofe has demanded justice as she laments that her husband is innocent.

READ ALSO: “Most Nigerian Songs Contain Highlife Rhythms But We Love Them Because They Are Not Fron Ghanaian Artists”-DJ Breezy Laments

Jesus Ahuofe was arrested yesterday following a doom prophecy he made about the dancehall musician, Charles Nii Armah Mensah Jnr., well known as Shatta Wale. According to the man of God, a musician named Charles will be shot on the 18th of October and the only most popular musician in Ghana by the name of Charles happens to be Shatta Wale.

Due to the death prophecy, Shatta Wale staged a shooting incident in relation to what the man of God said, causing fear and panic with the excuse that he needed to run for his life because of the death prophecy.

Well, he was arrested along with two of his crew members who aided in circulating the rumor about the fake shooting incident. Also, Jesus Ahuofe was also picked up by the police for interrogation.

Well, his wife, Mrs. Vivian Appiah has stated that her husband did nothing wrong so the police can take his case to the court if they have doubts about her husband’s innocence. She stated that the authorities claim they have received an order from above not to release her husband but they haven’t been able to point out the one who gave the order.